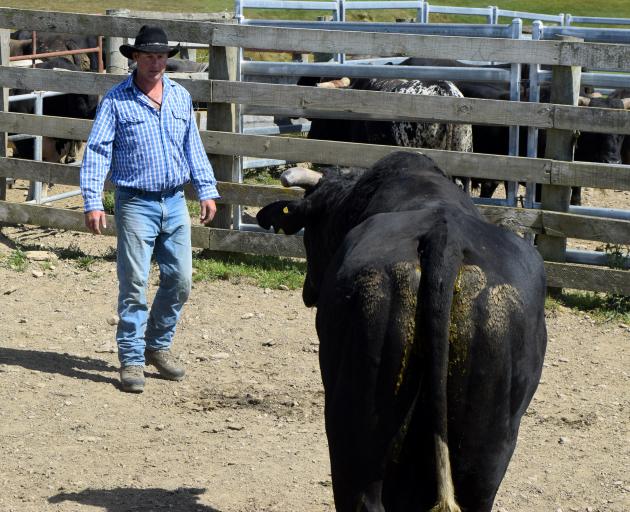 Cowboys tried to ride a bull for 8 sec.

The best bull for open class cowboys to ride at Outram was Rock On, as he provides a ‘‘consistent trip’’, spinning and bucking straight away in an area outside the open gate.

Other bulls he breeds and raises - with co-owner James Adam and his son Josh Adam - set to feature at the rodeo include Honey Badger, Sludge and Terminator.

Cowboys know if they draw a ride on Rock On, and stay on for 8sec, they have a great chance of winning the competition.

‘‘Cowboys always want the toughest ride in the pen.’’

A rodeo posed a challenge of ‘‘man against beast’’.

For the first six rodeos of this season, cowboys had attempted to ride his open class bulls about 40 times, and only one cowboy had stayed on for 8sec.

‘‘The bulls are winning by quite a bit.’’

Australian cowboys were set to compete at the Outram Rodeo, he said.

Outram Rodeo spokesman Fred Doherty said the event was a ‘‘unique, family day out in the country’’.

‘‘It’s a heritage sport and we are keeping an old tradition alive.’’

Rodeo was an ‘‘integral part of rural life in New Zealand’’.