Butcher by day - firefighter by night 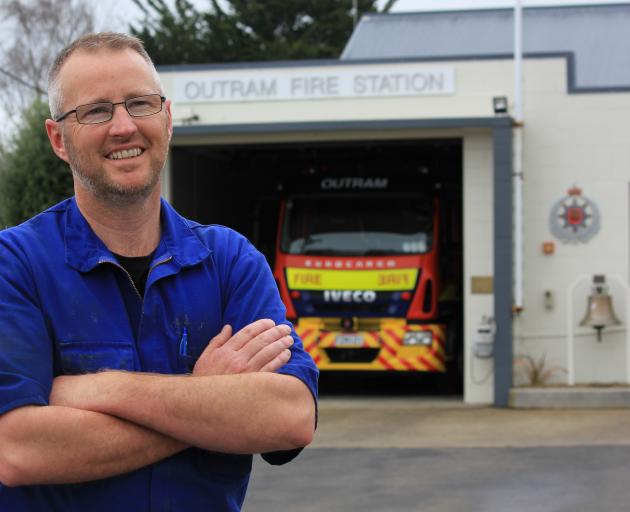 The Taieri Times is recognising people for the good they do in the community. In ‘‘Top Types’’ we are celebrating these people. This week, John Lewis talks to volunteer firefighter Lyndon Gold.

Outram butcher Lyndon Gold says some of his cuts of meat may have a slightly smoky flavour now that he has joined the township's volunteer fire brigade.

Of course he's only joking, and that's where his sense of humour stops.

The 45-year-old says fighting fires is a serious business and something he is very passionate about.

He joined the Outram Volunteer Fire Brigade earlier this year because he had been living in the community for the past 10 years and the residents had been very supportive of him and his family.

"I just felt I wanted to give something back to the community. A lot of people are in Rotary and Lions and they do a lot of good.

"I felt that the fire brigade was a really good cause because they're out there when the weather is rubbish and at night when people are sleeping, doing things to help people.

"It's a great thing to be involved in.''

Mr Gold began his training about four months ago and is amazed at how much there is to learn.

"I've been going along to training on Monday nights and I've viewed and participated in all the regular training that all the other guys do.

"Basically, I'm building up some knowledge about how things work in the brigade and I'm learning how to be a cog in the team.''

He said he was "blown away'' by how welcoming the brigade members were and how enthusiastic they were about sharing their knowledge.

"I like learning new things and I don't mind being at the bottom of the ladder. It's quite humbling.

"Going into a scene, there's no thought of `what the hell am I doing here?'. As soon as you pull up to an event, you know exactly what you've got to do and you know that they've got your back.''

Mr Gold said his training was ongoing and it wouldn't be until February next year, when he completed a seven-day training course in Christchurch and Dunedin, that he would become a fully qualified firefighter.

Like all volunteer fire brigade members, he is on call 24/7.

While some dread the thought of being woken at 1am by a pager and racing to be at the fire station within three minutes, Mr Gold said he was starting to thrive on it.

"It's the adrenaline. It's added a lot of excitement to my life.''

He said the job was not just about putting out fires. The brigade attended a lot of medical incidents, vehicle accidents and chemical spills.

One of the best parts of the job was being a part of saving someone's life or someone's property, and seeing the look of relief and appreciation on their faces.

"My only regret is that I didn't join up years ago.''