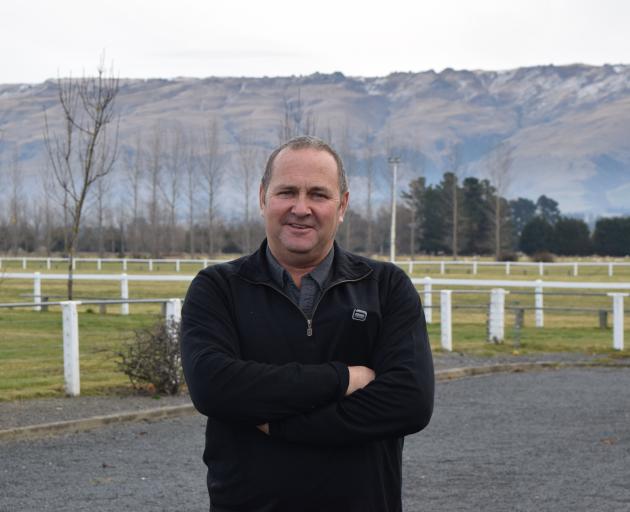 Hindon Community Centre president Chris Adams leaves a Strath Taieri Community Board meeting after speaking to an application for funds to get Hindon Hall painted. PHOTO: SHAWN MCAVINUE
A "derelict'' hall is getting a face-lift in a bid to strengthen the community spirit in the rolling hill country west of the Taieri River.

Hindon Community Centre president Chris Adams, speaking at a Strath Taieri Community Board meeting in Middlemarch last week, said the Hindon Hall was ``derelict'' and the community spirit in the settlement, about 30km northwest of Mosgiel, was declining.

In a bid to address the situation, he scheduled a community meeting.

Three people attended the meeting and a committee was formed.

The issues for the committee included the hall being uninsured and the hall's rates being overdue.

Successful fundraising events, including an ``It's in the Bag night'', a ladies' pamper afternoon, and a clay bird shoot, were held and the rates were paid.

A band played in the hall and attracted about 100 revellers earlier this month.

About 20 people attended a working bee at the hall and community spirit was rising.

The committee planned to hold about five community events at the hall a year. But first, the hall needed repairs.

A project had been launched to paint the outside of the hall, at a cost of $6210.

The committee sought $5000 from the board's discretionary fund.

Board deputy chairwoman Joan Wilson moved the board give the committee all of the money remaining in the fund - $2311.58. She invited the committee to apply for more money from the board in the next financial year.

Board member Norma Emerson seconded the motion and all present voted in favour.