Landfill site options to be studied 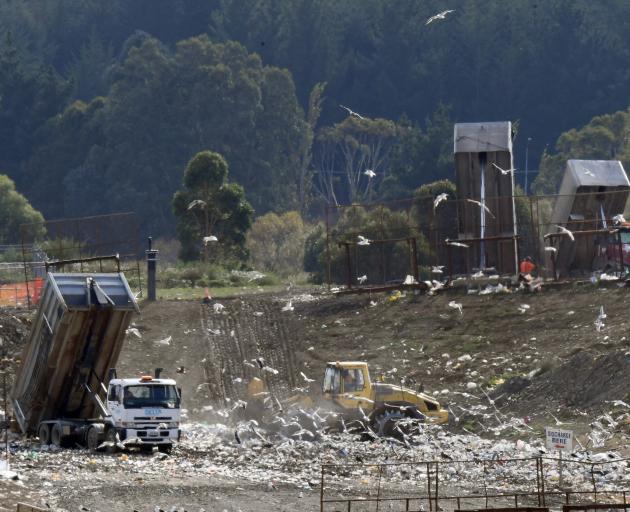 The resource consent for the Green Island landfill expires in 2023. Photo: ODT

The Dunedin City Council has engaged a contractor to complete feasibility studies to identify a preferred option for a landfill site.

Council waste and environmental solutions group manager Chris Henderson, speaking at Saddle Hill Community Board meeting last week, answered questions from board members about a proposal for a landfill on a Smooth Hill site between Brighton and Dunedin Airport.

The first was a feasibility study on ‘‘a potential short-term extension’’ of the Green Island landfill.

Such an extension would ‘‘give us more breathing space for putting in infrastructure for what we do next’’.

The resource consent for Green Island Landfill expires in 2023, he said.

The second piece of work was a feasibility study on the Smooth Hill site, including topographic surveys.

The third was completing a ‘‘strategic case’’ to identify a preferred option for a landfill, he said.

Councillor Conrad Stedman asked why the Smooth Hill site was identified as a potential landfill site in the early 1990s.

Mr Henderson said it was selected from 32 sites across Dunedin ‘‘because it was 35km south and nobody lived there’’.

The other sites to be investigated would be other existing facilities in and outside of Otago.

Board member Keith McFadyen asked if the public would be able to drop rubbish at the Smooth Hill site if it was selected.

Mr Henderson said no, due to health and safety reasons.

‘‘A modern way of running a landfill would say absolutely not.’’

Mr McFadyen said he expected ‘‘a major objection from our community’’ if Smooth Hill was selected as the preferred option.

Mr Henderson said the preferred option would go out for public consultation next year.