By Emma Perry
0 Comments
A Dunedin kindergarten has battled "fierce competition" to win an award for tallest sunflower.

Mosgiel Central Kindergarten grew a 150cm sunflower and received the award for the Otago region in the Daltons Sunflowers in Kindergartens project . 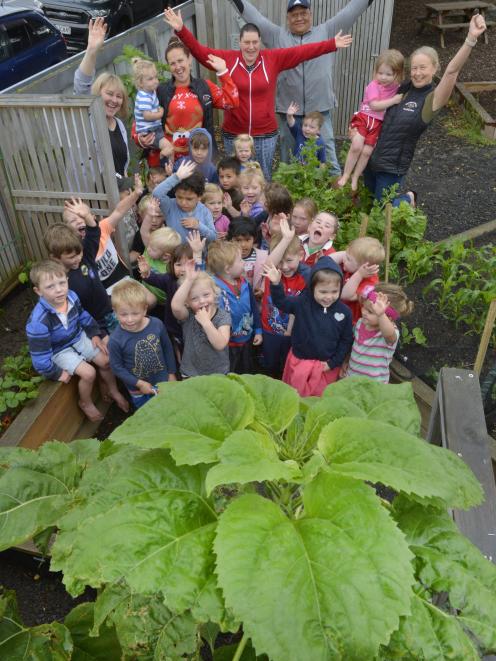 Taking out the regional top spot for tallest sunflower was Mosgiel Central Kindergarten. PHOTO: GERARD O’BRIEN
Teacher Esther Bylsma said the kindergarten had been taking part in the competition for several years, but had not won before.

"It’s a bit of a surprise to have won.

"The project aligns with our philosophy as we encourage our children to be kaitiaki [guardians] of our environment and together we plant out crops and flowers for children to tend to and harvest, enjoying the fruits of our labour within the programme and with our whanau.

"We love taking part in the competition. It’s a great opportunity to support what we believe is important - sustainability and the environment.

She said pupils helped with watering and weeding of the sunflower and the garden in general.

More than 13,000 kindergarten pupils across 11 regions were aiming to grow the tallest sunflower and widest sunflower head in their region.

All of the regional winners received a prize from Daltons and The Warehouse.