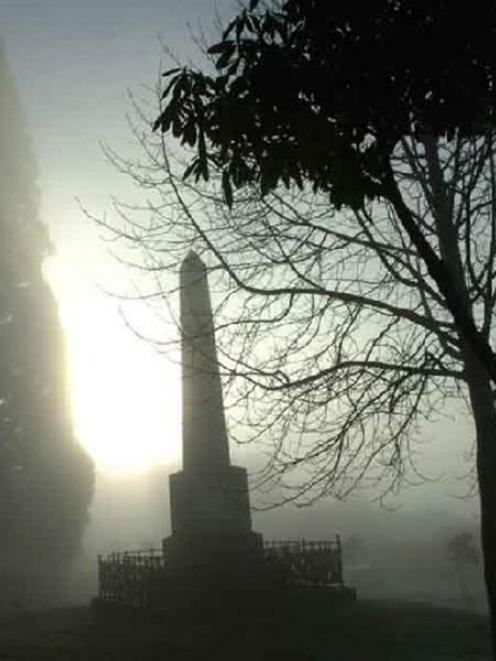 A Dunedin International Airport control tower spokesman said an early flight from Christchurch was turned away because of low visibility.

Because of thick fog at Christchurch International Airport, the Air New Zealand ATR craft was sent to Nelson - one of the only airports not covered by fog at the time.

Most were sent on later flights, but some were transferred to Christchurch by bus.

"It has been controlled chaos here. With the volume of people we're dealing with here, it's been difficult," he said.

Christchurch and Wellington airports were also closed by the fog.

Although Invercargill Airport was not closed by fog, it had four Air New Zealand flights cancelled.

No flights were cancelled at Queenstown Airport.

Wellington Airport services officer Gavin Short said flights stopped about 8.30am, and by 11.30am, at least 15 arrivals and 15 departures had been cancelled.

The fog cleared at Wellington just before 1pm, and the backlog of passengers was cleared by 3pm.

The closure delayed yesterday's Cabinet meeting because Prime Minister Helen Clark was unable to leave Auckland and other ministers' trips to Wellington were also disrupted.

Most affected airports were reopened and operational again by the afternoon.

Shipping was delayed for several hours at Port Otago because of the fog.

An oil tanker and a bulk carrier were forced to wait for several hours off the Otago coastline for the fog to clear before they could berth.

The fog also delayed the departure of a phosphate boat from Ravensbourne.