Tourists flock for Year of the Rooster 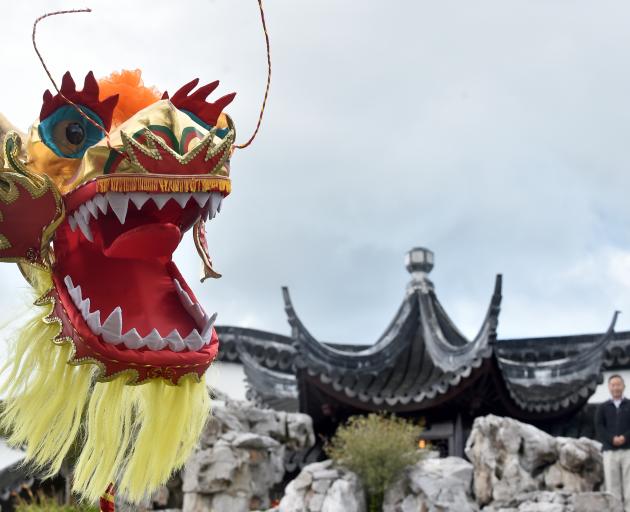 Beds are filling up, and the cash registers ringing, as Dunedin prepares to welcome the Year of the Rooster today.

Tourism operators have reported a spike in activity as Chinese visitors make the most of their Chinese New Year holidays by travelling to New Zealand and heading south to Otago’s holiday hotspots.

In Dunedin, the city is gearing up to mark Chinese New Year, and the start of the Year of the Rooster, with a dragon parade from the Octagon and fireworks at the Dunedin Chinese Garden.

Dunedin i-Site visitor centre manager Louise van de Vlierd said an influx of Chinese tourists was contributing to what was already a traditionally busy period for the city.

Accommodation was again under pressure. Some providers were fully booked and others were down to single beds, she said.

"Chinese New Year always does have an impact on the city," she said.

Dunedin Railways chief executive Murray Bond said he had noticed a ‘‘massive’’ spike in the number of Chinese visitors in the city in recent days.That usually began a week or two before Chinese New Year and would continue into next month, bringing ‘‘fantastic’’ benefits to the city, he said.

"And the fact is, Dunedin does a wonderful Chinese New Year celebration."

As the number of Chinese visitors continued to climb, Dunedin Railways was considering adding more train carriages and trips to its schedule to accommodate the growth.

The company had experienced annual growth in Chinese visitor numbers topping 100% in recent years, and numbers were up again, albeit by a slightly lower 36%, in the  past  six months, he said.

The same was true at Larnach Castle, where Chinese visitor numbers were up again, by about 30%, in December.

"It’s great for our business. We certainly appreciate it."

The Chinese market was now worth about $30.1million to Dunedin in the year to November 2016, even though it represented just 2% of total spending by Chinese in New Zealand, he said.

"I think the Chinese are quite chuffed that in a place with largely European traditions we acknowledge Chinese New Year," he said.

Saturday’s celebrations would be marked with a multicultural night of music, food, speeches and fireworks at the Dunedin Chinese Garden.

Garden trust chairman Malcolm Wong said the dragon parade would begin in the Octagon about 7.25pm and make its way down Princes and Rattray Sts to the garden by 7.45pm.

It would be welcomed by firecrackers before the main fireworks display was staged at the garden, beginning at 10pm, he said.

Mr Cull and Chinese Consul-General Jin Zhijian would attend the event, which it was hoped would draw a crowd of up to 10,000 people, weather permitting, Mr Wong said.

Chinese New Year is the largest national holiday in China, which is home to more than 1.3billion people.Its timing derives from the ancient Chinese lunar calendar and changes each year.

This year marked the arrival of the 10th Chinese zodiac, the rooster, and a fire rooster in particular.

Chinese New Year has also marked humanity’s largest annual migration, as workers from across China travelled home for the celebrations.

But, increasingly, a rising class of more affluent Chinese  were  also choosing to travel abroad during the holiday, giving rise to the spike in tourism here and offering benefits for the city, Mr Wong said.

What: Family friendly event for both visitors and locals which will include international food stalls, Kung Fu demonstrations, a petting zoo for children, lantern making, face painting and an outdoor movie − Disney’s Mulan, from 9pm.
Where: playground area at Friendly Bay in Oamaru Harbour.
When: Friday, February 10, from 5.30pm to 10.30pm.

The Year of the Fire Rooster

10th Chinese zodiac. Each zodiac year is also associated with one of five elements.

Zodiac qualities of people born in 2017: Trustworthy, have a strong sense of time-keeping and responsibility at work.

oh the irony! re famous Roosters! not a Chinese to be named!