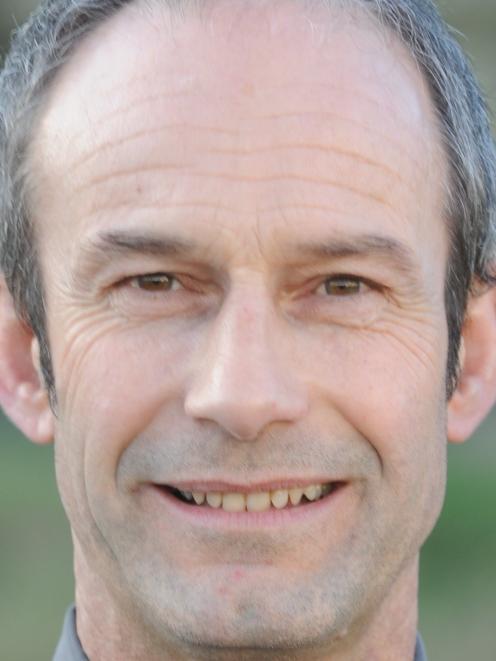 Evan Matheson
The $100,000 cost to date for traffic barriers and signs at the corner of Anzac Ave and Frederick St is lunacy, a Dunedin city councillor says.

The barriers and signs were erected in 2012 after State Highway 88 was realigned around Forsyth Barr Stadium, affecting access to the yard of Hall Bros Transport.

A High Court judge agreed with Hall Bros owner Doug Hall, now a city councillor, that the council had not consulted him properly about the land designation for the realignment.

The judge quashed the original designation, meaning the barriers had to stay put, and traffic lights at the intersection stay off, until the dispute was resolved.

No agreement has been reached, despite multiple attempts in the intervening two and a-half years, although a possible solution involving the sale of the site to another party is on the horizon.

The council has confirmed the barriers and signs have cost ratepayers $100,020 (excluding GST) during that period.

That included hire of barriers and signs and the use of a company to check the site twice a week and make any required adjustments.

Transportation projects engineer Evan Matheson said the option to purchase barriers, rather than hire, had been discussed a few times over the past two and a-half years.

''It appeared that resolution [to the dispute] was possible on a number of occasions, which would have meant our barrier and other costs would have stopped, only for discussions to stall or break down and the barrier hire costs to continue.''

The cost for signs and management of the overall site - of another $55,250 - relate mainly to the cost of hiring traffic management company Traffic Management and Control Ltd to check the site twice a week.

Council staff did not do that work themselves because they no longer got involved with any physical work on sites, and focused instead on design and management of projects.

He recognised six months in that the dispute was going to continue and urged staff then to buy barriers, he said.

''We've paid for them several times over. There's no way we're ahead on what we could have bought them for. I tried to get staff to look at that, but I've almost given up on suggesting low-cost solutions, because they simply don't care.''

He did not understand why council staff could not check the site themselves.

The decision-making reflected a culture at council where staff did not want to risk losing any budget or take any liability for anything, he said.

Infrastructure services committee chairwoman Cr Kate Wilson said she thought it was perhaps a situation where hindsight was wonderful.

She was sure staff were managing the situation in the most efficient way.