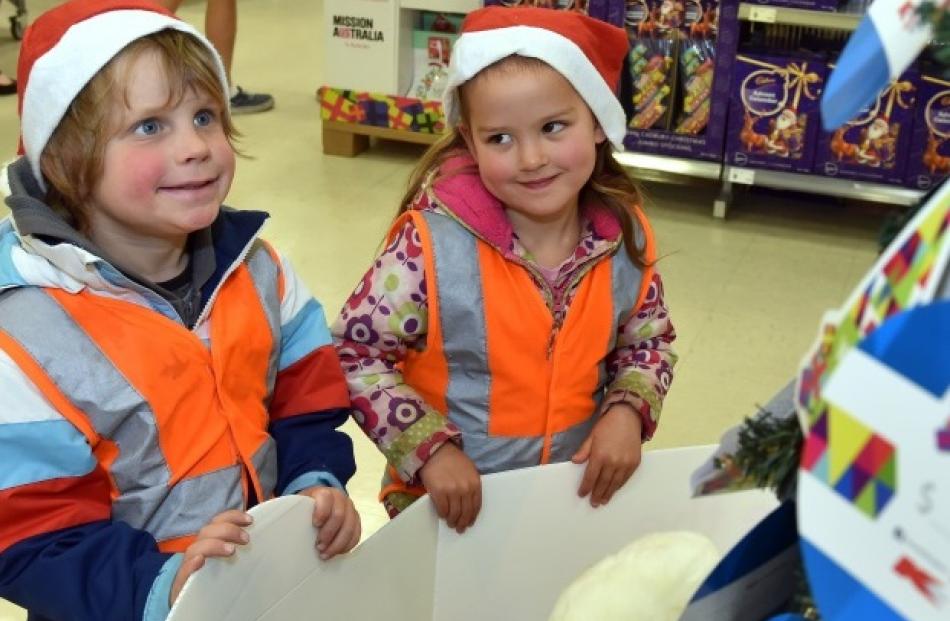 That was due in no small part to a Dunedin couple, who did not want to be named, who donated 100 home-made wooden toys to the cause, Ms Barnes said.

The appeal attracted 3500 gifts for needy families last year and Ms Barnes was hoping to better that figure by 100 this year.

''But we're appreciative for every single gift that we get.''

The gifts are collected by the Salvation Army and distributed to families in Dunedin, Mosgiel, Milton, Balclutha, Alexandra and Invercargill.

Ms Barnes, who has been champion of the event for 10 years, said it was a chance to improve Christmas for families in need.

''Years and years ago, I was a solo mum and somebody did something kind for me, and it's just a way of giving back,'' she said.

''Not everybody gets to have a nice Christmas with family and friends - we need to look out for other people and do kind deeds.''

People can donate gifts at the tree outside Kmart in the Meridian mall until 8pm on Christmas Eve.