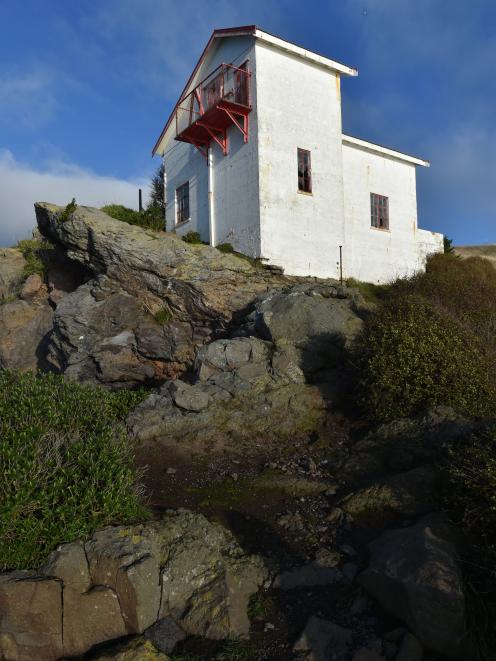 The Taiaroa Head fog station sits precariously on a curved sliver of rock on the northernmost tip of the Otago Peninsula.

Seal pups lumber across steep paths and bark at visitors on land exposed to every element.

The view sweeps northeast across the Pacific, and to the west are Aramoana and harbour waters that shimmer silver in the pale winter sunlight.

The fog station itself is a utilitarian building clinging to a steep slope not far from the 1864 Taiaroa Head lighthouse, which is still in operation.

To spend time in such an environment, in the presence of such maritime history, leaves one with a sense of immense privilege; Dunedin’s beauty and its heritage are presented to full effect.

But the fog station recently turned up on a Dunedin City Council list of heritage buildings assessed to be at risk because no restoration work was under way or planned.

Its doors are open to the weather and windows cracked and broken.

The building is in the slightly unusual position of having no recognised owner, despite the land — a local purpose reserve — being owned by the council’s community and recreation department and the building, when it was in use, being controlled by the Otago Harbour Board, then Port Otago.

Information held by Heritage New Zealand shows a network of fog signals was developed around New Zealand’s coast in the late 19th century and early 20th  centuries. Fog signalling used sound to warn ships. However a New Zealand Times article from  1895 noted  "the transmission of sound in foggy and cloudy weather is very uncertain, so uncertain as to be regarded amongst things capricious".

Despite that view, in 1899, the  Member of Parliament for Dunedin City, John Millar, requested the Taiaroa Head lighthouse be fitted up with fog signals, and in 1905 the district engineer invited tenders for sinking a shaft for the apparatus. The Evening Star described the plant as having concrete foundations, ironwork housing, and "a sort of jib or crane some 20ft (6m) high". 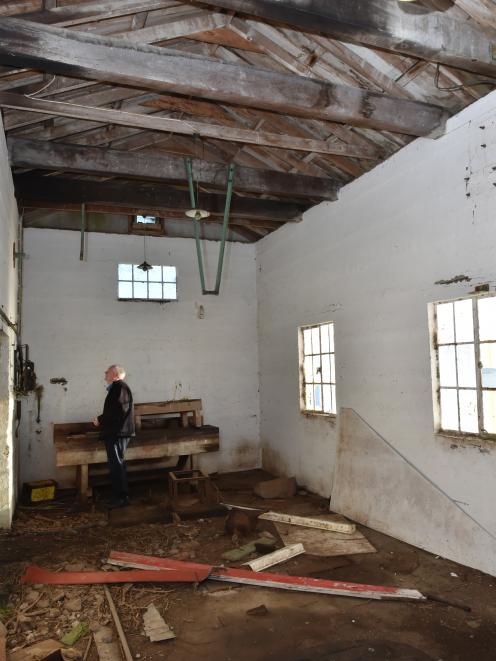 Inside the fog station.

The first version of the signal used dynamite cartridges detonated by electricity, but that was  considered antiquated by the mid-1920s, and in 1929 Cabinet approved Marine Department expenditure on the "construction of an improved fog signal" at a  cost of £2200.

Archives New Zealand files include a May 28, 1930, memorandum from the Public Works Department to the Dunedin district engineer with blueprints for a reinforced concrete building to be erected at Taiaroa Head to house the fog signal apparatus.

"I shall be glad if you will arrange to have this building erected right away, as I anticipate the arrival of the apparatus very shortly," the memorandum’s writer says.

A 1937 newspaper report describes the new fog horn, a petrol-powered apparatus with an air compressor, and its effect.

"Should the visitor have a nervous constitution, his or her afternoon is likely to be spoiled by the terrifying blast of the horn, should the locality be enshrouded in mist.

"On a still day the horn can be heard 10 miles distant, and should the wind be blowing from the right quarter it is possible to hear it from the hills around Dunedin."

Former chief signalman Hamish Scott began work at Taiaroa Head in 1987, and remembers the fog horn in its last days.

Mr Scott said workers there went down every Tuesday to run the horn to make sure it was operating.

The fog signal was controlled from the signal station at the top of the hill, and the fog station itself was never manned.

"That’s a horrible thought; it would be very cold."

"It can be like hell on earth out there."

Mr Scott said the fog horn itself was of limited use, especially towards the end of last century.

"It’s warning them [ships] off the headland, it’s as simple as that.

"It was probably used long after its necessity.

"It’s just something we did."

Modern ships had good radar systems and "simply do not need lighthouses and fog signals". 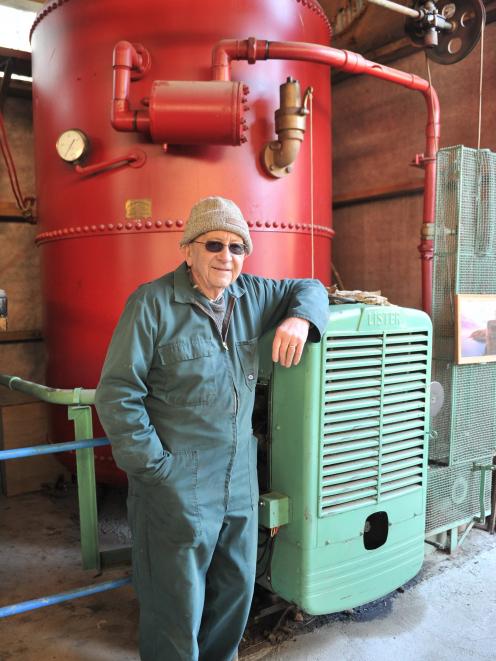 "Ideally the fog station’s conservation and long-term use should be tackled as part of a wider programme that considers all these issues and engages all the stakeholders involved.

"In general, lighthouses and their associated buildings such as fog stations are important to the history of a maritime nation like New Zealand as they tell the story of our communication links to the rest of the world.

"As well as this, they are usually located in iconic places where they’ve become striking landmarks in their own right."

Heritage New Zealand area manager Jonathan Howard said the more a building was used the more likely it was to be looked after.

"Probably the biggest challenge here is to give the building a new role or function that complements its significance, former use and the wider demands, values and opportunities of Pukekura/Taiaroa Head."

The fog station was one of the more recent layers of history at Taiaroa Head, "a place of incredibly rich and important natural and cultural heritage significance".

The fog horn so eloquently reported on in 1937 has been saved, as has the engine that ran it.

He said the horn was still sounded from time to time, and joked it "lifts the roofing iron in Outram and scares the local cats".

"It vibrates your very soul."

The society took the fog horn despite it being outside the society’s usual brief.

"It had to go somewhere or be scrapped."

The fog horn juts out from its new home the Taieri Historical Society’s facility at Outram. Photo: ChristineO'Connor

The fog station is historic, immensely important, in a stunning spot on the Otago Peninsula and is a heritage-listed building: the only problem is nobody wants to put their hand up to say they own it.

The Dunedin City Council rates database shows the land on which it sits is owned by the council’s community and recreation department.

Asked about the building’s ownership, parks and recreation group manager Robert West said the council was  working with Te Poari a Pukekura (Pukekura Reserves Co-management Trust) to determine ownership of all structures on the headland.

Te Poari a Pukekura  was set up in 2015 by four founding parties, Dunedin City Council, the Department of Conservation, Te Runanga o Otakou and Korako Karetai Trust.  Its chairman, former city councillor Neville Peat, says the trust is responsible for  co-ordinating the implementation of the Pukekura Taiaroa Head Reserves Management Plan, produced in 2013.

The plan includes as a policy "to confirm ownership and maintenance responsibility of all buildings on Pukekura".

Mr Peat said this week ownership was still not clear.

"It’s probably the Crown and a government department."

The two possibilities were the Ministry of Transport  or the Department of Conservation.

The trust was still in the process of ascertaining that.

"It is foggy to say the least."

What is clear from investigations is very little is likely to happen to protect the fog station until some organisation is willing to take ownership, and responsibility.

The building, and the lighthouse, have history and authenticity, and sit on one of the world’s most remarkable spots.

Those qualities are the stuff tourism operators dream of.

Whether that could be a future for the site is speculation, but keeping the building safe and standing would be a good first step.

This situation sounds a lot like Cargill's Castle finds itself in, demolition by neglect.