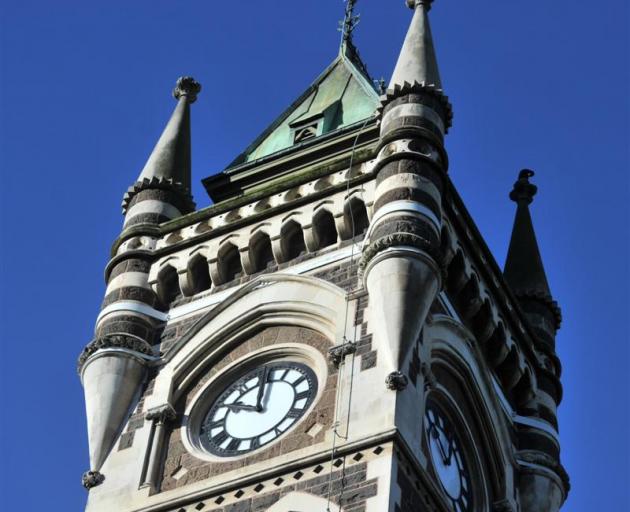 Photo from ODT files
A Dunedin City Council planner has bowed to pressure from the University of Otago amid concerns new planning rules could damage its relationship with the hospital.

The university also made it clear during this week's Second Generation Dunedin City District Plan (2GP) hearings it was worried the proposed plan would limit its growth ambitions by restricting its flexibility to house shops and business spin-offs in the campus area.

In evidence provided to the hearing, university vice-chancellor Prof Harlene Hayne said with low growth in student numbers, commercialising the university's research and linking with businesses was an increasingly important part of its growth strategy.

Planner Ann Rodgers said she ``agreed in principle'' with the university's key concerns and was comfortable with the plan being amended to permit campus activities in the hospital zone and vice-versa.

She also agreed with making it easier for complementary commercial activities to be developed in the campus zone.

``I accept that is part of what a modern university does,'' Ms Rodgers said.

She requested time to come up with wording which would allow those commercial links to flourish without allowing ``wholesale'' commercial development in the campus area, which could take away from other parts of the city.

She agreed to work with the Otago University and Otago Polytechnic to come up with a solution all parties were happy with.

This would be taken back to the hearing panel, which has the final say on the plan.

Property services division director Barry Mackay told the Otago Daily Times he was pleased with the change in direction after yesterday's hearing.

The suggested changes from Ms Rodgers come after university staff, including Prof Hayne and property services planner and policy adviser Murray Brass, called for more flexibility to allow the university to grow and to help foster its relationship with Dunedin Hospital.

Mr Brass said the hospital and university were included in the same zone in the current plan, but in the proposed 2GP they would become separate ``major facilities zones''.

This meant it was ``essential to ensure the frequent interactions between the two organisations do not become more complex''.

Prof Hayne said the plan should give it the flexibility to grow and change and the freedom to work with commercial and community interests.

``In terms of its future role in Dunedin, the university is keen to grow our contribution to the city.

``However, with relatively low growth in student numbers, this will entail leveraging the economic return from intellectual capital, rather than increasing the size of the student cohort.''