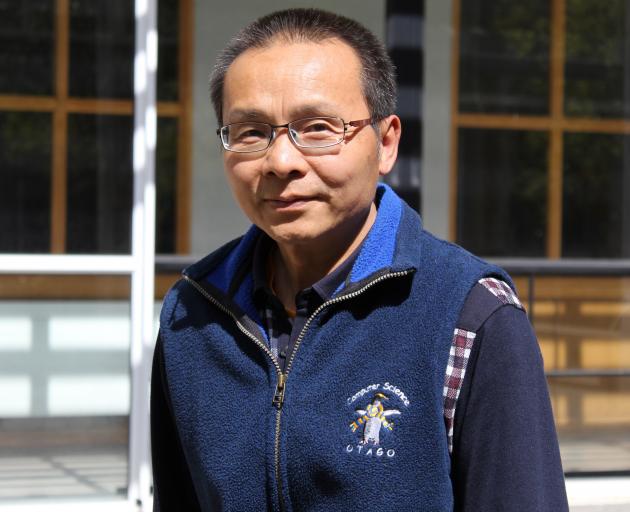 Associate Professor Zhiyi Huang hopes to use artificial intelligence to find a way to help people with depression. PHOTO: SIMON HENDERSON
Artificial intelligence (AI) used to exist only in the realm of science fiction novels and Hollywood movies. But this powerhouse of computer-driven machine learning is fast becoming commonplace across a wide range of sectors - from major industries  such as agriculture and manufacturing, to health and entertainment.

In this new series for The Star, reporter Simon Henderson finds out how AI is being utilised right here in Dunedin.

Understanding the workings of the mind is a path fraught with difficulties, but artificial intelligence is helping analyse what actually happens in the brain when people experience depression.

Associate Prof Zhiyi Huang of the University of Otago’s department of computer science is using AI to interpret the brainwaves of patients with depression.

His research seeks to find the biomarkers of depression using machine-learning algorithms.

"Once we have it then we would be able to help with the treatment."

Using electroencephalography (EEG), it was possible to measure the electrical activity of the brain.

"We have a lot of neurons in the brain, and neurons when they work they have spikes — they have electricity going through."

Observing the neuron spikes across the brain provided a pattern of activity.

The electrical spike patterns in people with depression were different from standard brain patterns.

"We already know there is a difference between depressed people and healthy people in terms of brainwaves."

The first part of the process was collecting EEG data from thousands of people, both healthy and those diagnosed with depression.

"Then we can classify them [and] separate between the healthy people and the depressed people."

A machine-learning algorithm was used in the classification process so that the computer could learn the differences between brainwave patterns.

"It will be able to distinguish those different brainwaves with a very high accuracy, up to 90%."

The next step was to analyse what those different brainwaves meant, and see if that information could help diagnose and treat depression.

It could, for example, be possible to help people retrain their mind to form healthier brainwave patterns.

Born in China’s Hunan province, Prof Huang is also interested in seeing if a more holistic Chinese system of self-help healthcare could be useful for mild levels of depression.

"With my Chinese background, I am fully convinced that depression starts from a spiritual problem first."

A way to do this was neurofeedback, a form of therapy in which real-time monitoring of brain activity could help people retrain their brain to form patterns that corresponded to healthy brainwave patterns.

"If you train your body you can make your muscles strong, so your body needs regular exercise.

"And our brain needs exercises to make it healthier."