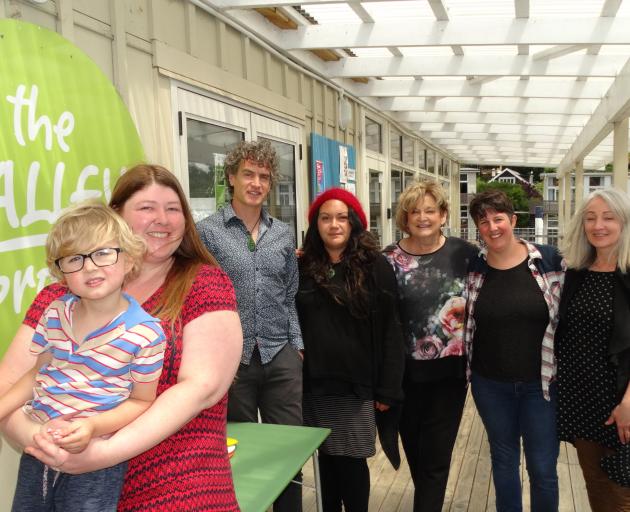 The funding, which ranges in amounts from $31,000 to $55,000, will be used to help with the costs of building community connection and resilience for the next 12 months.

In recent weeks, The Star reporters have been speaking with representatives of the various groups to find out about their work and what the funding will mean for them.

A pioneer of place-based community networking in Dunedin, the Valley Project was awarded $55,000 in the latest Dunedin City Council grants subcommitee funding round.

Valley Project manager Tess Trotter was delighted to receive the grant, saying it helped to give the organisation continued security as it could be used to cover core costs.

‘‘The Valley Project has been going for about 10 years now, and has grown stronger and deeper over that time,’’ Ms Trotter said.

‘‘Our aim is to pick up on the aspirations of the community, and to work with those. It is the most effective way of working.’’

Board member Rob Thomson firmly believes in the power of community to help solve problems.

‘‘The answer to every social problem is building community, and the Valley Project does that very well,’’ he said.

‘‘Many people in the valley have been involved over the years, which fits with the whole whakapapa of the organisation - it’s all about community,’’ he said.

In recent years, the Valley Project has operated out of community rooms next to North East Valley Normal School, which house office space and meeting space the community can access.

Ms Trotter said the Valley Project was active in a broad range of areas, including the Healthy Homes insulation and heating programme, the difficult housing situation for families, food resilience, and environmental projects.

‘‘Working on environmental projects is huge for us, and they are something that many people in our community want to be involved in,’’ she said.

Food resilience was also an important area of focus for the Valley Project, which was involved in a kai share project, and helped out with other projects such as the Transition Valley 473 group’s community orchards.

‘‘With our strong links to many local groups, we are able to ensure that we don’t duplicate services and projects, which also helps to benefit the local community,’’ Ms Trotter said.

Board member Lois Scott-Muir said neighbourhood support groups had grown in North East Valley, and were being nurtured by the Valley Project.

‘‘Huge numbers of people attend events at the Valley Project space, which goes to show that it is an integral part of the community,’’ Mrs Scott-Muir said.

‘‘We are incredibly lucky in our staff - as a board member, it is humbling to see how much the project puts into the community.’’

The organisation also owns a building in Allen St, which is used as a communal work space by a variety of community groups and some small businesses.

Ms Trotter said the Valley Project was ‘‘very grateful’’ for the support of the council grants subcommittee, and was looking forward to tackling several priorities for the next year.

These included focusing on the Pine Hill community, which was ‘‘very much part of the valley’’, working with schools to create a major Matariki celebration, and getting involved in Civil Defence planning.