Each Dunedin community has its specific issues and for Northeast Valley, cold and damp housing is a big one. 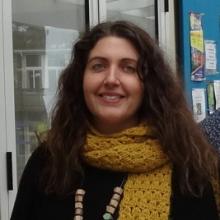 So, for the past five years, The Valley Project has put a big effort into its cosy homes scheme, working with households to find low-cost solutions to making homes healthier.

The Valley Project community development co-ordinator Anna Parker said the organisation had been the only South Island organisation involved in a five-year national pilot scheme in community-led development.

The pilot had secured generous funding for the group, bringing about $1.5 million into the local community, Ms Parker said.

"It has enabled us to make a big difference for local people,'' she said.

The Valley Project deputy chairman Dr Rob Thomson believed the organisation's efforts had helped to foster a sense of community in the valley and had increased residents' wellbeing.

Popular newsletter The Valley Voice was a powerful tool for community development, and the project's centre, near North East Valley Normal School, had become a busy community hub.

"Previously, transience had been a major issue in the valley, with families coming and going,'' Dr Thomson said

"Now, families are choosing to stay, which has been good for the community and the school.''

The DIA pilot funding ended in June, 2016, and The Valley Project has continued operating on residual funds.

However, the time had come for the project to be responsible for its own destiny, Dr Thomson said.

The project committee believed it was time to look at developing key social enterprises in the valley to ensure ongoing sustainable funding, and it was looking to the community to help generate ideas, he said.

With that in mind, planning was under way for a "Dragon's Den'' style event, where people could pitch ideas to the community and local entrepreneurs. The strongest ideas could then be implemented.

The Valley Project was also creating a "Valley Card'' scheme, to provide discounts for businesses and services in Northeast Valley.

• Information is available online at www.northeastvalley.org.