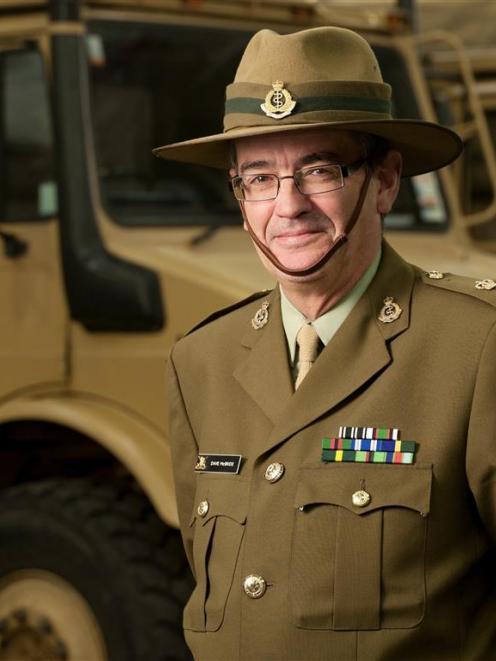 That is the view of Associate Prof David McBride, who is the director of a joint University of Otago research theme called "Health of Veterans, Serving Personnel and their Families''.

In a research paper, recently published in the British journal BMJ Open, Prof McBride and his co-authors suggest carrying out routine surveillance of New Zealand veterans by adding an alerting ‘‘flag'' in national and primary care health databases.

Asked why veteran health in some cases was worse than that of non-serving people, he said that some bad habits, such as smoking, had been associated with serving abroad in the military.

And the study showed that alcohol-related mental disorder was "significantly higher'' among Vietnam veterans.

"Now that we know that Vietnam veterans are at greater risk of such conditions, we can put this knowledge to good use,'' he said.

The Otago researchers traced and studied the health records of 2783 of the 3394 New Zealanders who served in Vietnam between 1962 and 1971.

The study is the first complete census of a Vietnam veteran cohort using routinely collected data that allowed a comparison with disease rates in the general population.

After comparing veterans' hospital admissions between 1988 and 2009 with those of similarly aged males in the general population, the team, led by Prof McBride, found an 18% increase in hospitalisations among veterans.

The hospitalisations that showed a two-fold or more increased risk - between 2006 and 2009 - were diabetes, retinal disease, phlebitis, pneumonia, COPD, intestinal obstruction, other liver disease, CRF, skin infection and joint injury.

Veterans' rates of COPD were 300 cases compared to the 178.3 cases expected in the general population, and there were 461 cases of CRF compared to the 380.8 in their non-serving peers, the latest study found.