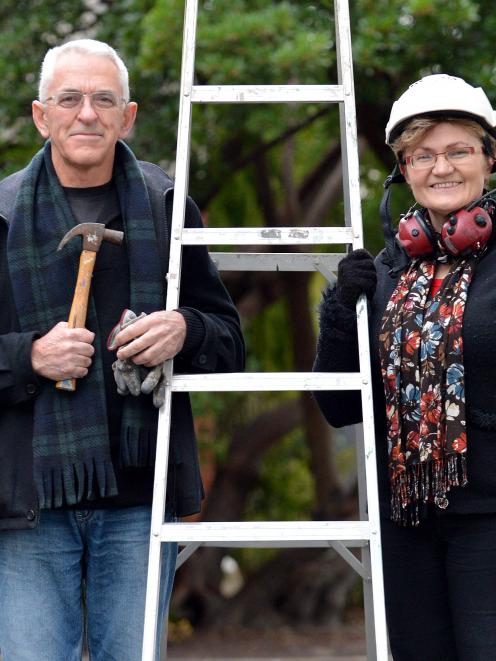 That is the aim of a team of Habitat for Humanity volunteers heading to earthquake-stricken Nepal later this year to help build homes for victims of the disaster.

But, as lower South Island team leader Donald Lewis, of Outram, pointed out, that concept was easier to grasp when you understood the nature of the build.

Mr Lewis is in charge of recruiting 20 volunteers from the region to help with the project in Nepal's second-biggest city, Pokhara.

He had so far recruited - among others - a doctor, a surveyor, a legal firm administrator, a merchandise worker and a farmer's wife.

''Obviously, the earthquake has meant the need has become massive,'' he said.

''Though this build was already scheduled before the earthquake, it's really added a sense of urgency to it.''

Mr Lewis took up the role of team leader two years ago after being involved in building projects in Dunedin as a volunteer. He and wife Suzanne Lewis set up a charitable foundation in Thailand three years ago, providing accommodation for people from hill tribes entering tertiary education in Chiang Mai.

The licensed builder said he had never visited Nepal, but living conditions in poorer countries were hard to imagine.

''We do talk about people on the margins in New Zealand but in these sorts of places it's on a whole different level.''

The group will arrive in Nepal in late October and spend 10 days there.

Two hundred volunteers were going from New Zealand and 1000 worldwide, he said.

Volunteers did not need building skills: ''We just need people fit enough to work steadily in a physical environment for five days.''