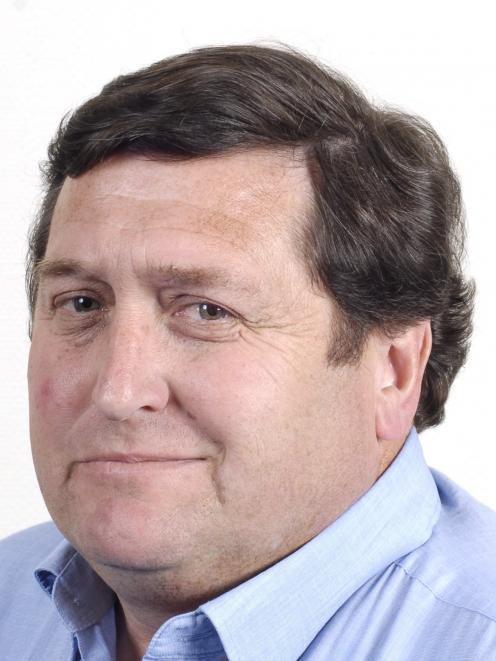 Gerard Collings
The fate of a Waikouaiti pine plantation probably rests in the hands of the local community board after a public meeting was held this week to discuss a new plan to fell the trees.

About 60 members of the community attended a meeting held at East Otago Events Centre on Wednesday, which was calm compared with the meeting held in November last year when the council's proposal to remove the trees next to Waikouaiti Beach was first made public.

The council has responded to concerns felling would leave the community vulnerable to coastal erosion, sea-level rise and being battered by wind and sand, by coming up with a revised plan.

The merits of this new plan to cut trees in four stages, with the first stage starting in November and the last tentatively set to finish in 2017, was discussed at the meeting.

Waikouaiti Coast Community board chairman Gerard Collings told those at the meeting the harvesting plan would be reconsidered after the first section of pine trees had been felled in November and December this year.

Speaking after the meeting, Mr Collings said the board would consider the ''wide range'' of opinions expressed when making a decision on whether to support the council's plan at its meeting on August 14.

He believed the council would most likely follow the board's recommendation.

He said some at the meeting preferred the forest was untouched, some were happy with the proposal from council staff and others thought the whole forest should be felled at once.

''My personal view is that doing nothing is not an option, because all we ... [would] be doing is delaying an inevitable issue for future generations to deal with,'' he said.

Liz Evans, of Waikouaiti, who has campaigned against felling the trees, strongly disagreed with those who supported felling all the trees at once, saying this view was ''backward looking''.

The removal of the trees and replanting with exotics and natives should be staged over the longest possible period, she said.