Wait for upgrade 'too long' 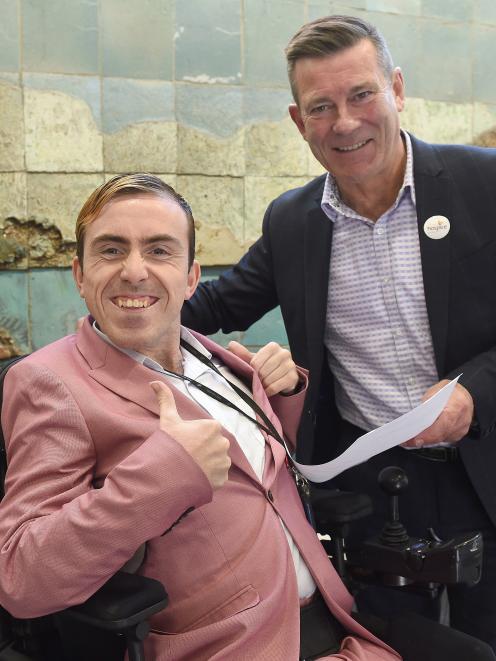 Josh Perry, who has cerebral palsy and uses a power chair, said he began the petition because of his frustration at a 20-month wait, and counting, for his shower to be upgraded to be more accessible for him and user-friendly for his carers.

Since starting the petition he had heard of people who had waited for upwards of two years for home alterations.

"It has been too long for me, but I am doing this for all the other people affected as well ... There are hundreds of cases like this."

Tim Marshall, one of Mr Perry's caregivers, said both his client and the caregiver team were placed at risk of injury while using the shower.

"It is raised, and quite difficult because it is a confined space," Mr Marshall said.

"Josh isn't that heavy, but it's still challenging and quite awkward."

Mr Woodhouse said Mr Perry's petition reflected his concern for others in the same predicament as himself.

"The petition process is the best way to address that, so we can examine the issues with the Ministry of Health and the disability advocacy community to find out how widespread this is.

"If it is, we should put changes in place so that the whole process is much more timely."

He hoped his petition would receive urgent consideration by Parliament, and called on all MPs to support it.

"It's about time the Government answered this and came up with a solution that involves both the public sector and the disability sector, as well as some innovative solutions from the private sector.

"We must all work together as a society to stop this problem from having a dire effect on the disability community as a whole."

After being presented to Parliament, the Clerk of the House will assign it to a select committee for consideration, most likely the health committee.

Mr Perry said he planned to travel to Wellington to plead his case during the public submissions process.

Mr Woodhouse's National Party had years to look after the afflicted in and out of hospital- poor show to be taking it on now when he's out of power.