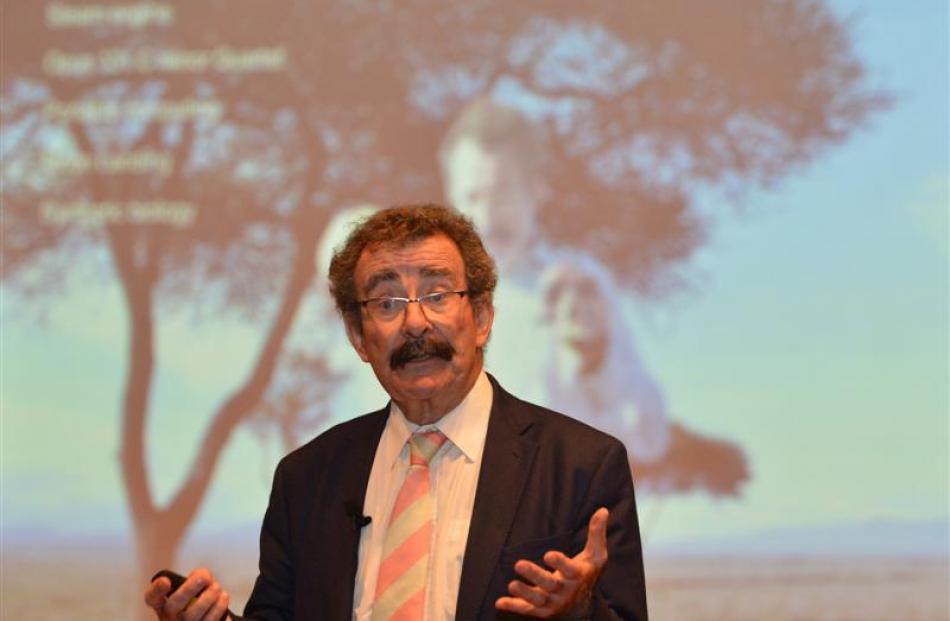 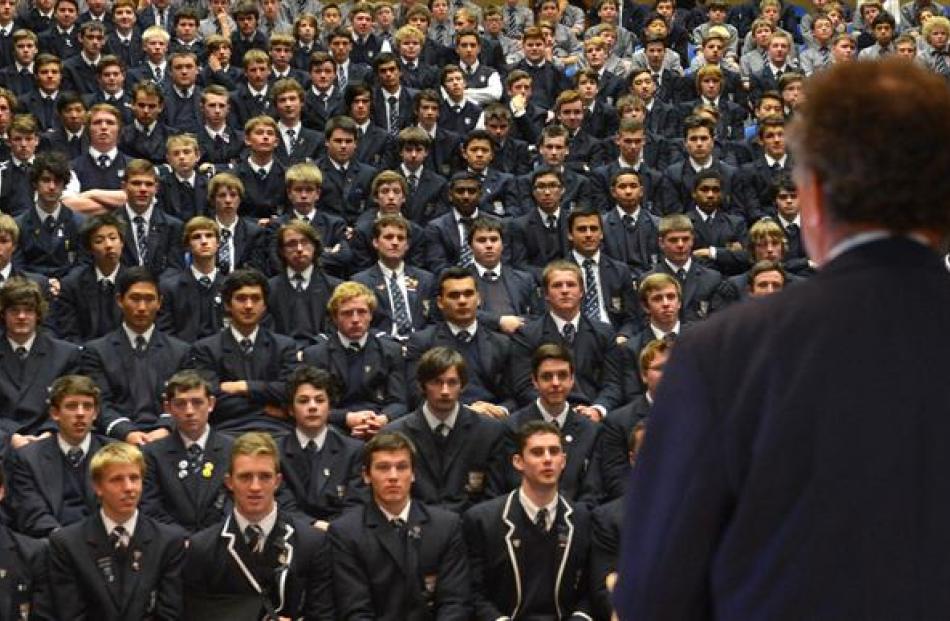 And in his talk at Otago Boys' High School's Maurice Joel Auditorium, he urged the senior pupils to consider careers in science and public health.

Addressing about 500 pupils from secondary schools in Dunedin and beyond, Lord Winston said man's most influential invention overall had been the stone axe.

Through evolution, human brain size had since greatly increased and knowledge and technology were now developing rapidly.

There had been excessive ''hype'' over some aspects of science, including genomics, which remained a promising field, but about which excessive claims had been made.

There was a positive future for both young women and young men in scientific research, and he exploded the myth that researchers had to be at the Nobel Prize-winning level.

''Most good science is not done by Nobel Prize winners. The odd Einstein comes along every 50 years.''

In a talk lit by flashes of humour, he said he was ''no more intelligent than most of the rest of you in this room''.

The key to scientific success was not simply having individual genius but in building groups of fellow researchers - ''several people working together in a family unit''.

He also emphasised the wider social accountability required of science in a democracy, and the need for citizens to understand science better.

Despite some big scientific advances, he warned that much less progress had been made in some aspects of public health.

In one suburb in a deprived area of Glasgow, Scotland, men had an average life expectancy of only about 54 years - lower than that of some developing countries.

In another Glasgow suburb, the average lifespan was several decades higher.

More study was needed to clarify exactly what was causing such disparities, he said.

He is also a prominent science communicator, having presented many BBC television series, including the Bafta-award winning The Human Body.