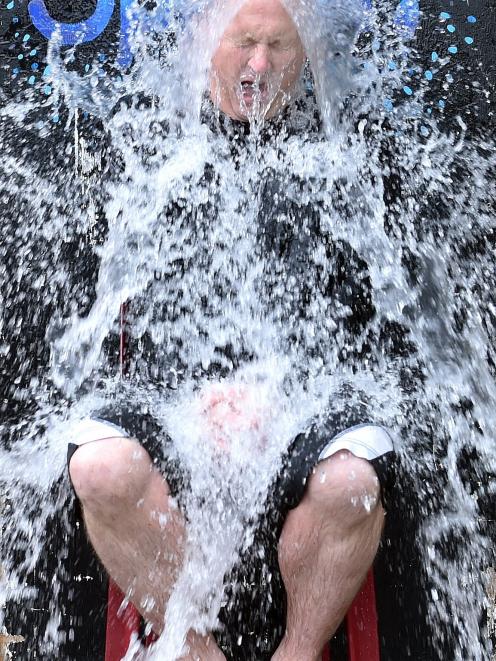 The school’s fundraising fair has long been held every two years, but, partly because of Covid-19, there were several new twists to the well-established formula on Saturday.

Hundreds of people swarmed into the party, enjoying not only the school grounds and fair attractions, including plant stalls, but also relished the fact that for the first time the Dunedin City Council had given permission for Wright St, beside the school, to be closed for the event.

Many more stalls, some selling hot food, were set up in the street. 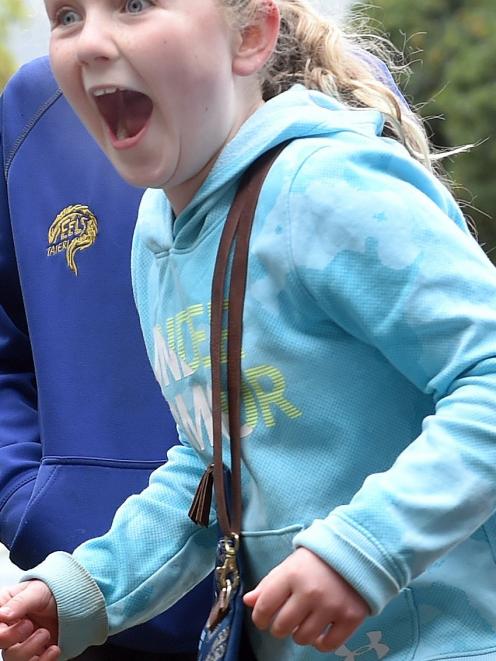 Kaikorai Primary School pupil Libby Allison (10) reacts when a fellow pupil is soaked at the fundraising splash attraction on Saturday.
The party then had to be organised in only a few weeks, once restrictions were later relaxed.

The fair had previously raised $30,000, and she was delighted that about $26,000 had been raised this year, despite the pandemic aftermath.

The main focus this year was on celebrating having come through Covid-19 successfully as a community.

‘‘It’s been a tough year for people but the school community has really come together, people have been very generous.’’