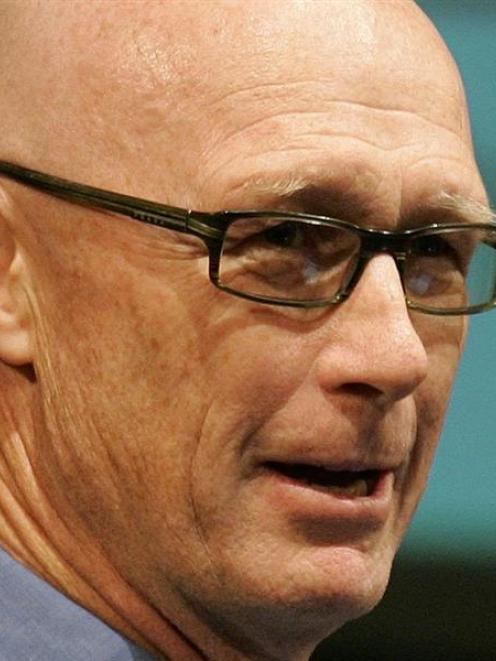 Boyd Swinburn.
Paying to publish blog posts to attack public health advocates is to be expected, given the industries involved, says Prof Boyd Swinburn, an obesity authority who will speak in Dunedin today.

Prof Swinburn, professor of population nutrition and global health at the University of Auckland, said his only surprise from the new book Dirty Politics is that the National Party appeared to be deploying the same tactics as the multinational firms that push tobacco, junk food and alcohol.

Shortly after arriving in Dunedin yesterday, Prof Swinburn was asked for comment on Nicky Hager's book in which it is claimed there are commercial blog posts published on the Whale Oil blog.

University of Otago health systems authority Prof Robin Gauld, who was criticised last November in a Whale Oil post for suggesting New Zealand should consider following the United States in banning trans fats, said he thought of such blogs as ''Fox News'' and did not let them interfere with his role as a critic and conscience of society.

The post accused Prof Gauld of having little consideration for New Zealand's economy.

Unlike professors Gauld and Swinburn, University of Otago Christchurch National Addiction Centre director Prof Doug Sellman was included in Dirty Politics as having been the subject of a commercial post published on the blog.

Last week he said he had not had time to read the book, and yesterday he could not be contacted.

Contacted for comment, the University of Otago released a short statement.

''With the stream of claims and counter-claims about the book it is currently difficult to determine what is factual and what are value judgements.

"If there is a case the university will work with staff,'' a university spokeswoman said.

Prof Swinburn is speaking at Otago Museum as part of the 10th anniversary celebrations of Edgar Diabetes and Obesity Research.

His talk will examine the role of research in public health policy-making, and the politics it involves.