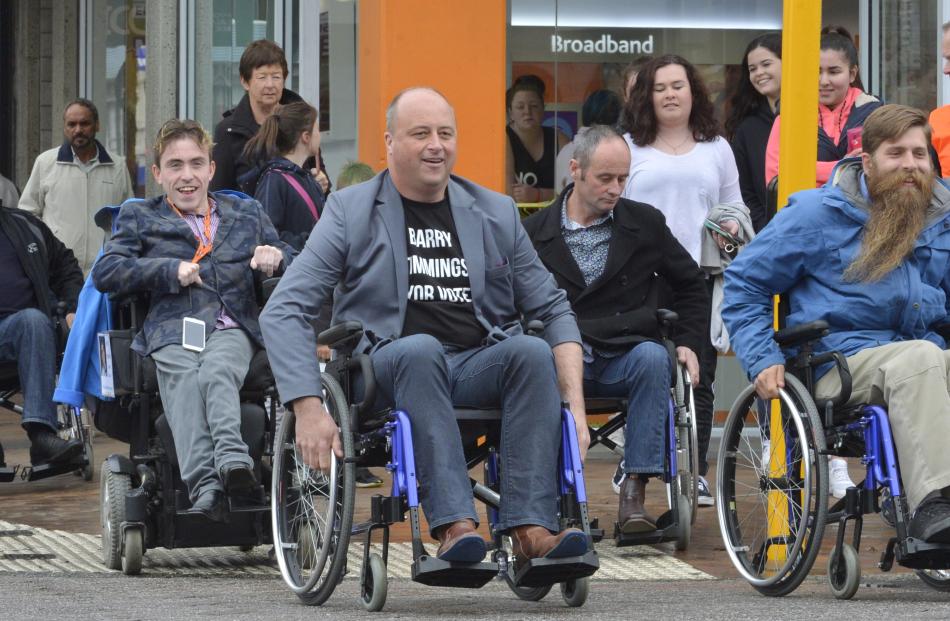 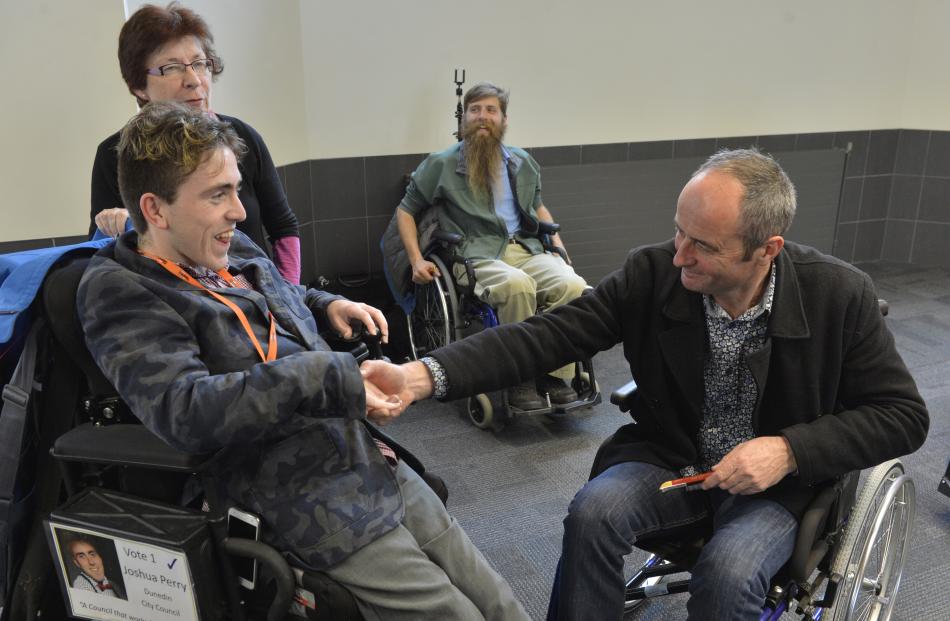 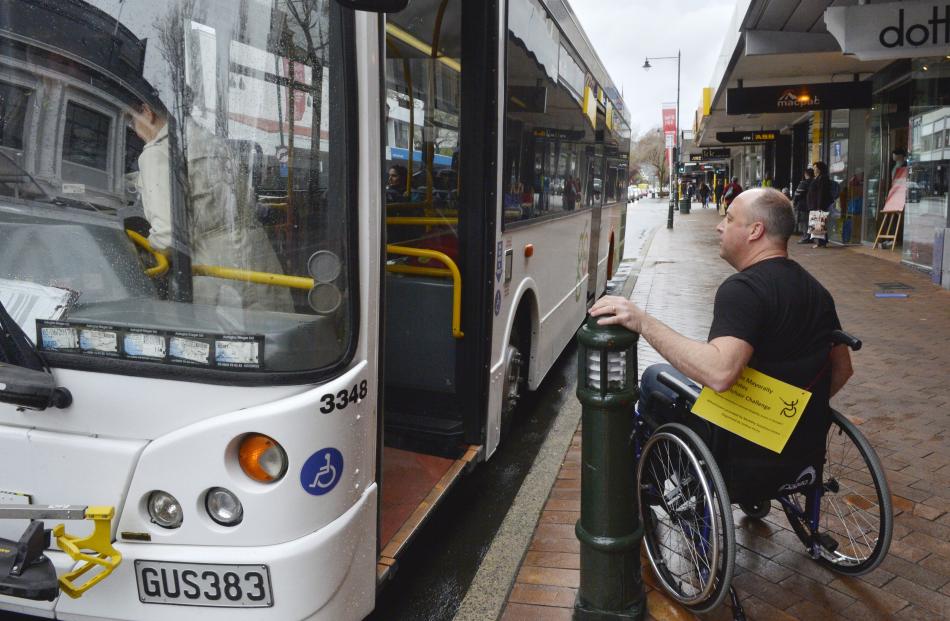 Mr Timmings gets ready to board a bus. 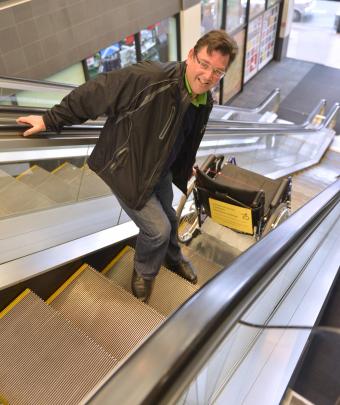 Cr Whiley finishes his wheelchair ride by taking the escalator at the Civic Centre. 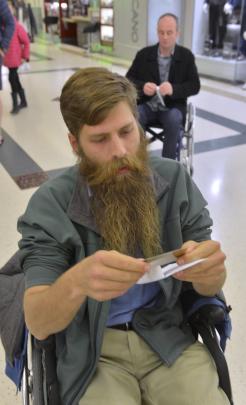 Mr Gray checks his instructions for the challenge.

Dunedin mayoral candidates got to experience life in a wheelchair yesterday, and immediately discovered difficult cambers, bus limitations and the problem of negotiating crowds.

Jim O'Malley, Cr Andrew Whiley, Barry Timmings and Abe Gray joined council candidate Joshua Perry on a challenge to take a wheelchair two blocks down George St and back, a mission that proved harder than it sounded.

The challenge was organised by Mr Perry, who uses a wheelchair.

It was a light-hearted way to make the candidates aware of the issues from the perspective of being in a wheelchair.

There were early issues with the pavers in the Octagon not providing traction for the wheelchairs, which candidates found slipped on the sloped ground.

The camber of the George St footpath was also an issue, requiring constant steering changes.

Once the candidates got to Michael Hill jewellers in the Meridian mall, they were given an envelope that instructed two to return under their own power, and two to take the bus.

Mr Timmings was the first to the bus stop, and was helped on by the driver, who extended a ramp to the footpath.

But Cr Whiley, who was also at the bus stop, was not so lucky.

''Sorry mate, there's only room for one wheelchair on the bus,'' the driver said.

Mr Timmings described the experience as ''far from easy''.

He said it was good to see what it was like in a wheelchair, and he was now aware of a need to improve wheelchair access on buses.

Mr Gray said it was ''a great experience''.

''It was a lot harder than I thought it would be.''

He said ''sliding on the bricks'' and having to continually correct the wheelchair's direction because of the camber of the footpath were difficulties he had experienced.

Mr O'Malley said such problems were ''something we don't think about''.

It was hard to get past slow-moving people, as they often did not see someone closer to the ground.

He and Mr Gray got a push from passers-by on the slope back to the Civic Centre,
which he said was ''heartening'' and showed that Dunedin people still cared.

Cr Whiley was able to get a ride on the next bus after Mr Timmings, but wary of the slope to the Octagon, got off at the next stop on Princes St.

He wheeled himself back to the Civic Centre, but, with a blister on his hand, took advantage of the building's escalator to end his journey.

He said the issue of only one wheelchair at a time on buses needed to be looked at.

Mr Perry said he hoped to make the challenge an annual event.