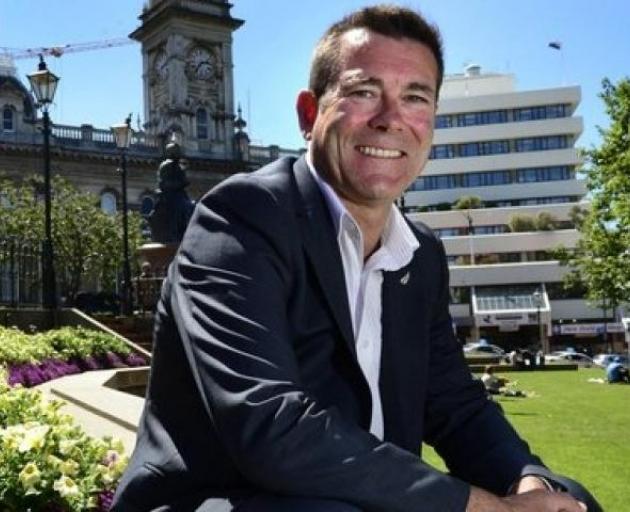 "My focus is entirely on the next 10 weeks," said the MP, one of two southern MPs at the centre of a political maelstrom for the past week that ultimately culminated in Mr Muller’s resignation as leader of the National Party yesterday.

Mr Woodhouse would not speculate about whether he thought events involving him last week had a bearing on Mr Muller’s decision.

"My priority at the moment is to wish Todd and his family all the very best at what must be a tremendously difficult time for them.

"It shows that politics can be a very pugilistic process, and I’m not prepared to connect one week with the next."

Mr Walker told Mr Muller that he had been responsible for the leak of Covid-19 patient’s details to media outlets - a leak Mr Muller had been vigorously attacking the Government over as an example of its lax handling of border issues.

Mr Muller was also under scrutiny about whether he had answered correctly when quizzed by media about what he himself knew about the MPs’ dealings with Ms Boag, and when.

Mr Woodhouse said he was stunned when he received the news of Mr Muller’s resignation early yesterday morning, and he had no inkling it was coming.

"We were shocked this morning. I don’t think that’s overstating it."

Until last week’s problems, as a senior MP and former cabinet minister Mr Woodhouse might have featured in a debate about the membership of National’s future leadership team.

Yesterday Mr Woodhouse — a loyal supporter of former party leader Simon Bridges — would not comment on his own prospects, of those of his former leader, or any other MP.

"There is a replacement process going on and the important thing is that we get through that as quickly as we can, then regather and focus on the next 10 weeks."

Retiring Invercargill MP Sarah Dowie said the party's leadership coup in May was a mistake and Mr Bridges should have remained as leader.

Ms Dowie said the situation was unfortunate and she was sad for Mr Muller.

She would not say who she backed to take over as leader, instead saying: "I've got to consider the options."

Waitaki MP Jacqui Dean said Mr Muller was "clearly not well" and after finding himself suddenly embroiled in a major role was now, sadly, in a bad place.

"I have the greatest sympathy for him and his family."

Mrs Dean hosted Mr Muller in Oamaru last week, and said she saw no trace of him being under any strain.

She would not express a preference as to who should lead the party, and ruled herself out of any leadership role.

National pugilism is an own goal.

Time he went, he is not to be trusted with this country's health or anything else as he has shown recently.