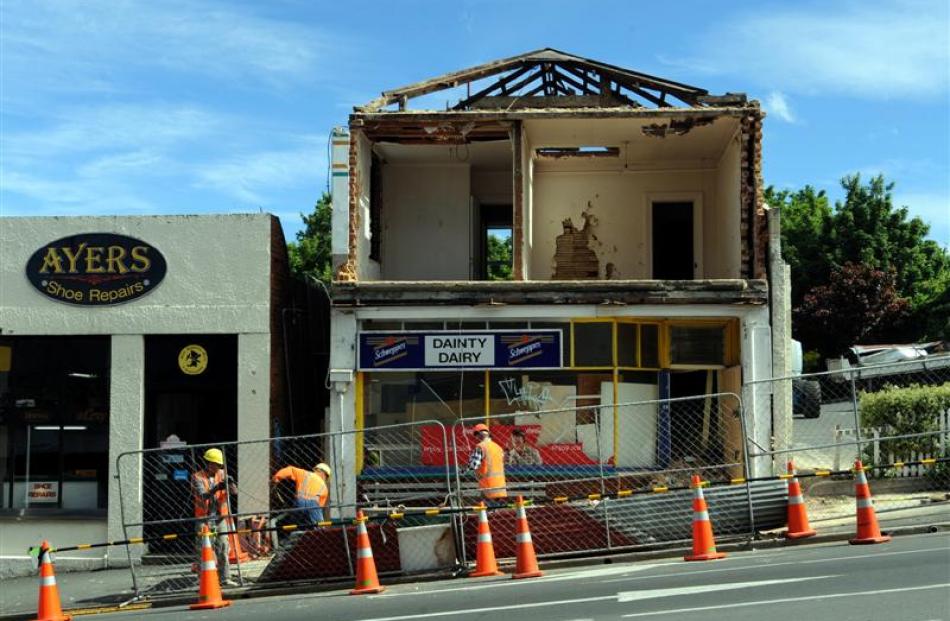 The former Dainty Dairy in Stuart St, now classed as a derelict building, will be levelled to make way for four car parks.

"It should be down, sealed and completely tidied up by Christmas," he said.

The building will be removed, an existing open car park to the west expanded to 13 car parks, and a more "substantial" fence constructed around it.

"It should tidy up that whole area."

The consents bring to a close issues over the building's safety and appearance.

On April 20 this year, Dunedin City Council building safety officer Chris Randell issued the owners with a dangerous building notice, giving them until May 9 to make it safe.

Mr Broad wanted to demolish the 100-year-old building because of the danger it posed to the public.

At the time, he said the central city's townscape zone rules made it difficult and expensive for owners to obtain resource consent to demolish buildings.

He provided a report to the council stating it would cost about $471,000 to repair and strengthen the building, an investment unlikely to be returned through rent or property value.

The building's veranda and parapets were removed in May, and pedestrian barriers put in place because of its poor condition.

While "sad" about the demise of inner-city dairies, Mr Broad was pleased the building would be removed.

"I think that this is the right result for the city. From a city point of view, this is going to be a much better looking site while we wait for the next development."

Nothing was "set in stone" for the future of the site, but as the owner of adjoining buildings, there was the "potential to develop the whole thing".

Council planner Lianne Darby, who issued the resource consent, said in her report "retention of a semi-derelict building which is likely to continue to deteriorate is not considered to be a desirable outcome". 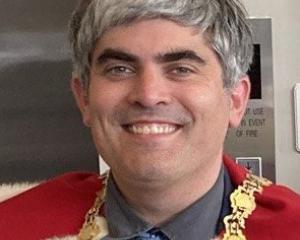