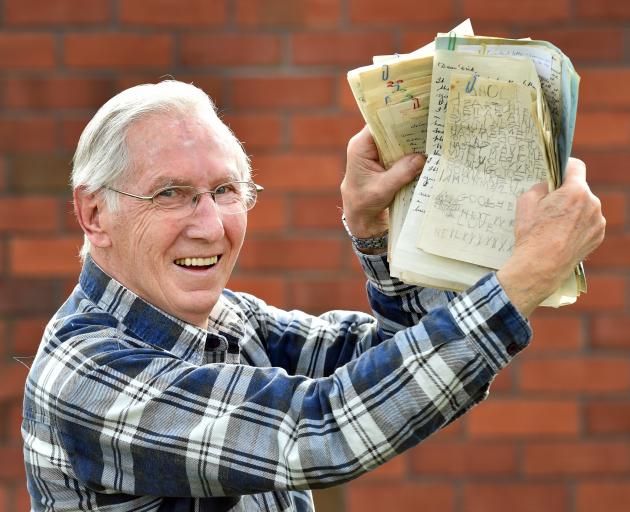 And Mr Hall (82), a resident at the Brooklands Retirement Village, has plenty to remind him of Private Edward (‘‘Ted’’) Graham Brooks, of the 2nd New Zealand Expeditionary Force, who died, aged 26, in the First Battle of El Alamein, on July 15, 1942.

One of Mr Hall’s earliest memories came when, at the age of 3, he saw his uncle before he left Dunedin to fight in Egypt, Greece and Crete.

Mr Hall has written a short summary of his uncle’s wartime exploits, titled "From the Dust of Bethune’s Gully to the Desert Sands of North Africa".

Pte Brooks’ narrowest escape in fierce combat came when a sniper’s bullet went through a mug of tea he was holding, in Egypt.

On another occasion, six Stuka dive bombers attacked as he lay face down on a flat piece of ground, and was uninjured despite the force of exploding bombs lifting him off the ground.

"He was one of the many thousands of Kiwis who answered the call in WW2, with complete disregard to their own personal fears — only a strong desire to help their loved ones back home," Mr Hall wrote in the summary.