Fencer moving fast through the ranks 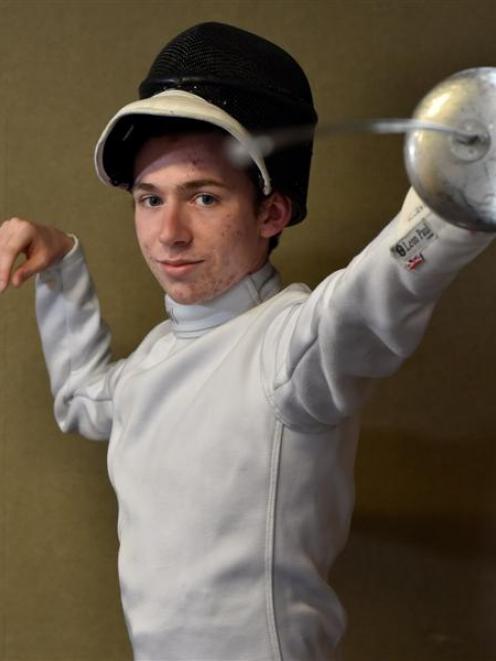 And it is about all he ever gets to plan and execute a move in a sport often described as a high-speed version of chess.

The 16-year-old took up fencing five years ago, shortly after his family moved to New Zealand from the United Kingdom, and ''instantly fell in love with the sport''.

''I suppose the thing I enjoy the most about it is the fusion of the three different elements: fitness, cunning and intelligence, and finally the emotional and mental game of keeping under control,'' he said.

''There is constant motion and you need speed and acceleration to hit your opponent before they have time to react.

''The sport has been described by some people as like a game of high-speed chess. But in chess you have possibly minutes to think of your move; in fencing it is a matter of milliseconds.''

The year 12 John McGlashan pupil is the No1-ranked under-17 foilist in the country and No2 in the epee for his age bracket.

He has recently returned from representing New Zealand at the Junior Commonwealth Games in South Africa.

He competed in both the epee and foil in the under-17 category, finishing sixth and 10th respectively.

He also competed in the under-20 epee in the individual and team events.

The Games were the largest event he has competed at, so to finish sixth ''was very pleasing'', he said.

Louis has put together a raft of impressive results during the past 12 months or so.

He won the under-15 epee at the Australian Championships last year and also placed fifth in the open foil at the New Zealand Championships.

His major goal for the remainder of this year is to maintain his national rankings, which will allow him to compete in the various competitions around the region.

He is hoping to compete at the Oceanic Cadets Championships in New Caledonia later this year.