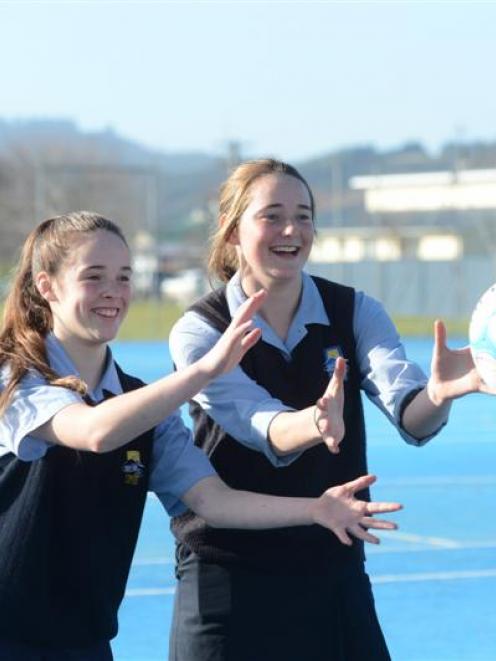 Natasha Renshaw (13) and Rachel Beattie (14) were named in the year 9 and 10 tournament teams at the South Island secondary schools junior netball tournament earlier in the month.

It was the second straight year Beattie has been singled out as one of the best 10 players, after she was named in the year 9 tournament team a year ago.

She was part of Taieri College's year 9 team that won the tournament last year, the first team from the South to do so.

With more than 300 players in each grade, Taieri College deputy principal Karen Rosevear, who is in charge of netball at the school, said it was ''pretty high praise'' for the girls to be selected in the tournament teams.

Beattie was the only player in the South to make the year 10 team this year, while Renshaw was one of three in the year 9 team (Taneisha Fifita, of Waitaki Girls' High School, and Emma Dermody, of Southland Girls').

Renshaw, who plays centre, said the competition in Christchurch was ''real hard'' compared with Saturday netball, while Beattie said it was ''amazing'' to see how tall some of the girls from the other teams were in comparison.