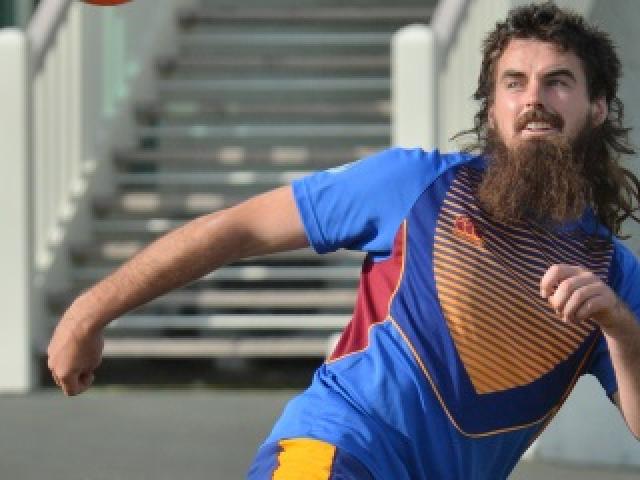 It has been a long-time coming, but Blair Soper is finally over a shoulder injury and ready to play first-class cricket again.

The fuzz will be on the beat in unfamiliar territory starting on Saturday.

Highlanders coach Jamie Joseph has been forced to make a raft of changes to his team for tomorrow night's match against the Waratahs in Sydney.

Let's just rename it the Australian Open.
Otago crews added five medals to the region's tally on the final day of the Maadi Cup regatta on Lake Ruataniwha on Saturday.

Pole vaulter Eliza McCartney is the latest New Zealand field athlete to set people talking. She lit up the national track and field championships in Dunedin last month, and put the spotlight on an event that is often overshadowed. Sports reporter Robert van Royen caught up with men's national record holder Paul Gibbons to find out more about the sport.

Athletics Otago is "future proofing'' and a restructure at the top of the organisation takes place next month.

Jane Watson did not expect to start last week's season opener against the Mystics, but she took the opportunity with both hands.

From winning gold in the pool at the 1966 British Empire and Commonwealth Games, to being appointed Chef de Mission at the 1996 Atlanta Olympics, University of Otago professor of medicine David Gerrard has seemingly done it all. Now, he has called time on his life in Dunedin and is moving to Auckland. Sports reporter Robert van Royen caught up with him yesterday.

Southern Steel captain Wendy Frew is not about to let her team take the Mainland Tactix lightly.

After almost 50 years studying and working at the University of Otago, professor of medicine David Gerrard has retired.

The Highlanders would usually be preparing for a short bus trip to Oamaru or Timaru this time of year, but things are set to get more "exciting'' this time round.

Storm Purvis is expecting big things from the Southern Steel this season.