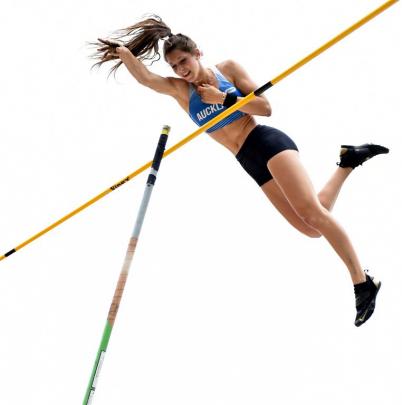 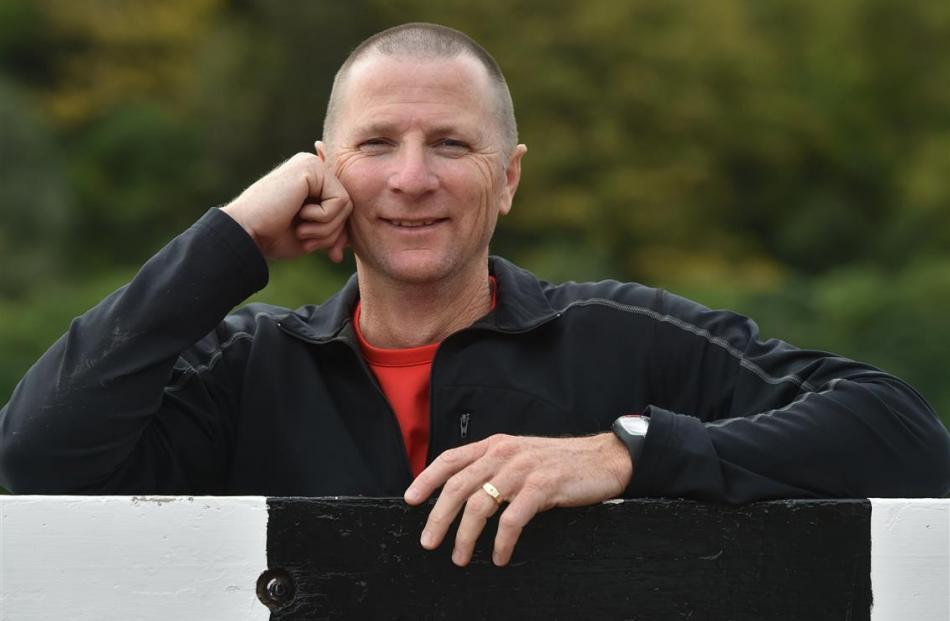 Pole vaulter Eliza McCartney is the latest New Zealand field athlete to set people talking. She lit up the national track and field championships in Dunedin last month, and put the spotlight on an event that is often overshadowed. Sports reporter Robert van Royen caught up with men's national record holder Paul Gibbons to find out more about the sport.

He won 10 senior national titles and represented New Zealand at the 1992 Barcelona Olympics and 1990 Commonwealth Games in Auckland.

He has lived in Dunedin the past 14 years and was at the Caledonian Ground to see rising star Eliza McCartney set a national and Oceania record (4.80m) in the women's pole vault last month.

Gibbons presented the 19-year-old Aucklander with her gold medal and was surprised by her height (1.80m) when he stood next to her during the ceremony.

He believes the height of female pole vaulters has changed the past five to 10 years, and taller athletes, such as McCartney, are coming through.

"When pole vaulting first became popular for females, they were all quite short and they came from a gymnastics background,'' Gibbons said.

"But now, they're getting into the Eliza's body type. She's taller than I am and she's physically strong. The body type has certainly changed over the past five or so years.''

McCartney's rise in arguably the most difficult field event in athletics has people talking up her medal chances at August's Rio Olympics.

Her fifth-placed finish at the world indoor championships in Portland last month showed she can mix it with the best, but she will probably need to be pushing 5m to get on the podium.

"[Eliza] will get to 5m and she will be world-class. She's getting to that point now. She could be massive.''

Her rapid-rise up the ranks will soon put her on the world circuit, and Gibbons believes she has plenty of room for improvement before the Olympics.

"I wouldn't be surprised if she's doing 5m pretty soon,'' he said.

The exact origin of pole vault is not known, but it is believed poles were used to clear obstacles such as streams and irrigation ditches thousands of years ago.

Egyptian sculptures from about 2500 B.

"You can't just pick it up and do it. That takes years.

"It's not like running or jumping, where you don't need much of a background to do those things.

"Strength, speed and agility are the three core things you need.''

Athletes also need a variety of poles, which cost as much as $800 each, and are now custom-made for athletes such as McCartney.

Vaulters typically have a variety of run ups, including six, eight, 10 and 12-step approaches, and require different length poles with different flexes for each mark.

Gibbons was born in New Plymouth but moved to the Gold Coast with his family when he was 3.

His mother was a sprinter and his father a pole vaulter, "so I had the genes'', Gibbons said.

His career took off in 1988, when he moved to Auckland and joined the North Shore Athletics Club.

Gibbons equalled his 1992 national record in 1997, but despite holding the record for 24 years, he is not overly proud of it. He said it should have been "a lot higher'', particularly because his national junior record, which still stands, was 5.40m.

The 10-times national champion believes it is only a matter of time before 21-year-old Aucklander Nick Southgate improves his national record.

"My dad rang up and said he [Nick] is really close now,'' Gibbons said.

Gibbons also believes there is a bunch of young pole vaulters based in the North Shore who could emerge in the next couple of years.

"There is a really big squad now.

"What I saw with some of the other juniors down here, there will be more coming through.

"It's fantastic for the sport. When the [2018] Commonwealth Games come around, there could be a core of girls, and hopefully boys, at the international level.''

Pole vault
At a glance

• Exact origin not known, but Egyptian sculptures from about 2500 B. C depict warriors using poles to help climb enemy walls.

• Pole vault competitions were held by the ancient Greeks, Cretans and Celts.

• First known pole vault competitions were held during the Irish Tailteann Games, which date back as far as 1828 BC.