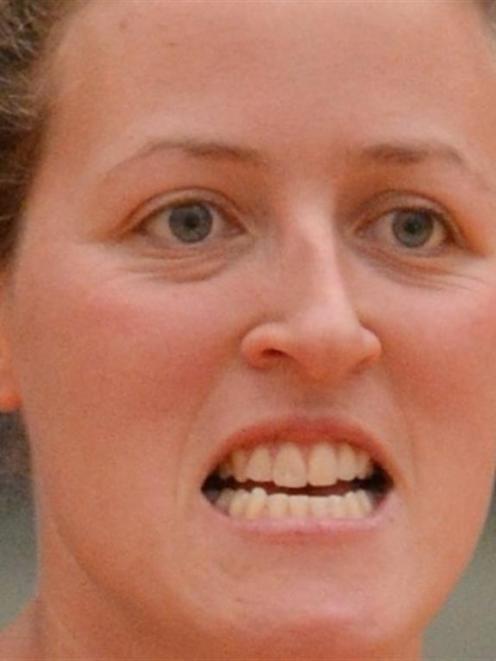 Wendy Frew.
Southern Steel captain Wendy Frew is not about to let her team take the Mainland Tactix lightly.

The Christchurch-based franchise has been dreadful since 2010, notching a scarcely believable 8-71 record.

It managed just one win a year ago and is already on the back foot this season, after losing by 15 goals to the defending champion Queensland Firebirds in its opening match last Friday night.

But despite the team's struggles, Frew said the Steel was preparing for a tough home opener against the Tactix in Invercargill on Sunday afternoon.

‘‘I thought the Tactix did look sharp in that game [against the Firebirds],'' Frew said.

‘‘We certainly won't be taking them lightly. We know we're going to have to play a really good 60 minutes to get a result over them that we want.

‘‘We will make sure we come out firing for it.''

The Steel has won 13 of the 16 matches between the teams since the ANZ Championship started in 2008, including an 84-58 win in the corresponding fixture a year ago.

However, while the Tactix head into Sunday's game in an all too familiar situation, the Steel is riding high after its stunning 58-57 comeback win against the Mystics in Auckland last Friday night.

The Steel trailed by five goals with 2 minutes left in the match, before shooter Jhaniele Fowler-Reid slotted six consecutive goals to pull off the last-gasp upset.

Such was the scale of the Mystics' late collapse, their fans would be forgiven for wondering if Dean Barker took over for coach Debbie Fuller down the stretch.

There was still ‘‘lots of excitement'' in the squad after the frantic finish, and the team never doubted it could come back and win, Frew said.

‘‘When you're down by five, you know you've got a big challenge ahead of you,'' she said.

‘‘But I think we were confident we could pull it back and I think it showed great heart and composure from the girls.

‘‘It certainly builds your confidence going into the season.''

Sloppy passing into the circle was the primary reason the Steel got itself into the hole it did.

Too often passes were fired over the head of Fowler-Reid, particularly in a sloppy third quarter, an area the Steel will work on at training this week, Frew said.

‘‘I think for us, we were just all guilty of personal errors at crucial times,'' she said.

‘‘There were times when we were up by two and then chucked a long ball into Jhaniele which wasn't accurate.

‘‘Just little things like that ... and we need to tighten up and stick to our structure a bit more.''

The team did not pick up any injuries from the match and will train in Dunedin today for the second time this week.