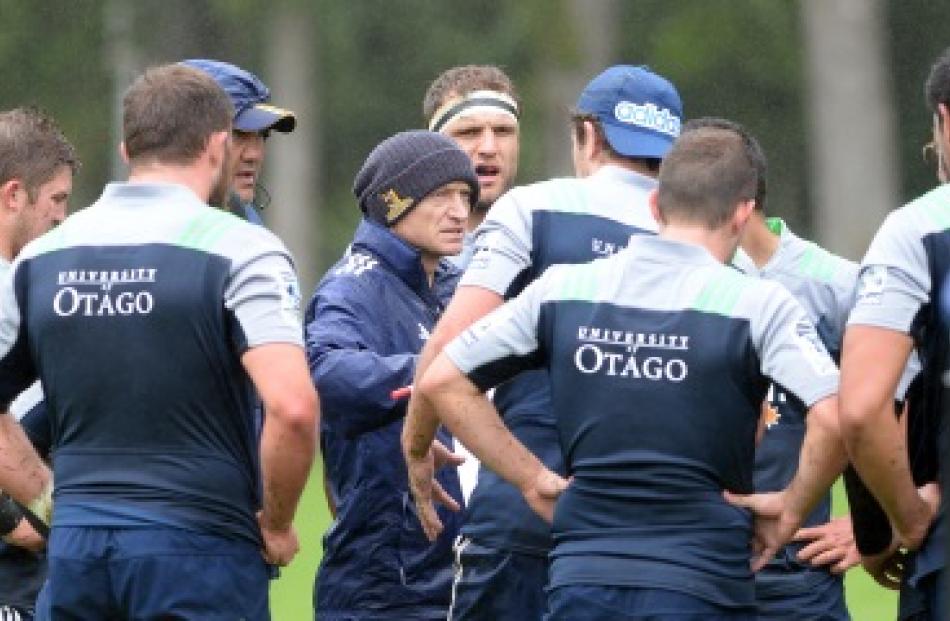 The Highlanders would usually be preparing for a short bus trip to Oamaru or Timaru this time of year, but things are set to get more "exciting'' this time round.

The Highlanders leave for Hong Kong on Monday, before playing their first pre-season game against Racing 92 next Saturday night.

"I guess it adds a bit of a different spin for pre-season,'' Highlanders assistant coach Tony Brown said.

"To go to Hong Kong is pretty exciting for the team and a different challenge, which I think the boys are keen for.''

The team trained in Dunedin yesterday for the last time before the trip, during which the franchise will test itself against Daniel Carter's new team.

All Blacks Ben Smith and Aaron Smith are being rested and will not travel to Hong Kong for the game.

Loose forward Pryor had a knee operation after the domestic season finished and is not yet ready to go, while Ainley is still recovering from turf toe.

"They just need an extra week's training to get ready for one of the other pre-season games,'' Brown said.

Minus any late scratchings, the rest of the squad will be on the plane on Monday.

Once in Hong Kong, the team has a few activities planned, including an Amazing Race-themed challenge in the city.

Then it will be time for business, Brown said.

"The boys are really looking forward to a bit of a hit-out. You can only do so many weeks of pre-season before you need a game to find out what you need to work on,'' he said.

After the match, the Highlanders will return home and play the Crusaders in Waimumu, outside Gore, on February 11, before wrapping up the pre-season against the Waratahs in Queenstown on February 19.

Brown said the full squad would see game time during the first two matches, before the coaches picked the best available team for the last match against the Waratahs.

He was also coy regarding any talk of his taking over from Japan-bound head coach Jamie Joseph at the end of the season.

"I haven't really thought about that at this stage,'' he said.

"We will see how that pans out over the next six months. At this stage, no. My role as assistant and attack coach is one I enjoy, so I will focus on that and see what happens.''

Highlanders co-captain Shane Christie has fully recovered from a broken finger and is looking forward to travelling somewhere new to play foreign opposition.

"It's going to be a cool, cool experience for us,'' he said.

"We've had some awesome trainings and been working really hard. It will be interesting to see how we go against the French team in a week's time.''

With Nasi Manu's departure to Scotland after last year's championship winning season, Christie has replaced him as co-captain.

The Highlanders also lost flanker John Hardie to Scotland, but Christie said replacements Luke Whitelock and Liam Squire, from the Crusaders and Chiefs respectively, had fitted well into the forward pack.

Next Saturday's game between the Highlanders and Racing 92, at Siu Sai Wan Stadium, will be televised live on Sky Sport from 9.55pm.