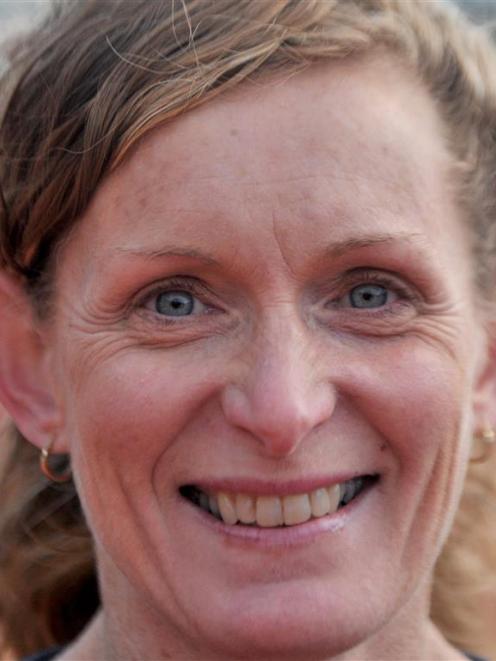 Liz Wilson.
Liz Wilson won the major award at the Otago athlete of the year function at the Sargood Centre last night.

She won gold in all three events in the women's 50-54 years section at the world masters championships in France last August.

The Brent Ward-coached sprinter was also given the opportunity to compete at the IAAF world athletics championships in Beijing the same month.

Ward, who coaches a bunch of other Otago sprinters, including national 400m champion Andrew Whyte, shared the coach of the year award with throws coach Raylene Bates.

Oli Chignell, of Hill City-University, and Mel Aitken, of Leith, won the male and female winter athletes of the year awards respectively.

Chignell had an impressive cross-country season, highlighted by winning the national under-18 title in Christchurch on Saturday.

The Otago under-18 cross-country champion also became the youngest runner (then 17) in almost 100 years to win the Edmond Cup steeplechase at the Wingatui Racecourse.

He won the individual men's open 5.4km race in 17min 40sec, making him the second-youngest winner in history.

Aitken also had a dominant winter. In addition to winning the 35-plus section in the national cross-country and national road championships, she won won the Otago marathon and cross-country titles.

Aitken also finished second in the Christchurch marathon in a personal-best 2hr 49.13sec, and won the Wanaka and Hawaii half marathons.