Cricket: First game for Soper since 2014 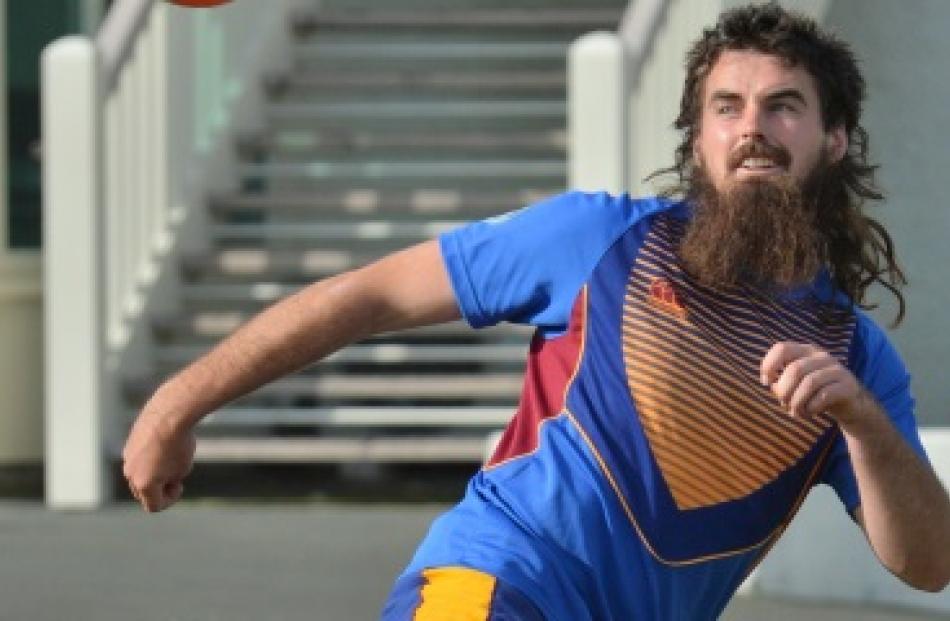 Blair Soper trains with the Otago Volts at the University Oval yesterday. Photo by Gerard O'Brien.

It has been a long-time coming, but Blair Soper is finally over a shoulder injury and ready to play first-class cricket again.

The 24-year-old left-arm quick will play his first game for Otago in more than two years when the Volts host Central in their penultimate Plunket Shield match of the season, starting today.

Soper's 10th and most recent match for Otago was also against Central in February, 2014, before he needed shoulder surgery to repair a labral tear.

He was hoping to return to the fold for the second half of last season, but his recovery took about a year longer than he expected.

Soper, who has taken 21 first-class wickets at an average of 39.47, started ‘‘bowling properly'' only in January, but is confident he is ready to go after carrying the drinks in Otago's past two games.

‘‘The doctor said to just try and play through it and it's come right.

‘‘I've tried to keep [my action] the same because it seemed to be working beforehand. I seem to have a bit better control now. I'm not sure what's changed but it seems to be going good.''

Soper has been in the wickets for club side Green Island, but is eager to test himself on the University Oval wicket.

‘‘The club wickets have been a bit different to playing out here, so it will good to see how it goes playing in a proper game,'' he said.

Soper, who has career-best figures of five for 76, should add some heat to Otago's bowling stocks.

He was brisk before his injury, and is confident he has not lost any pace since being sidelined for two years.

But there was a time during recovery when Soper thought about throwing in the towel and giving up the game for good.

He studied an automotive course at Otago Polytechnic last year and considered giving up cricket because his shoulder was not improving.

‘‘But it sort of came right so I got back into it,'' Soper said.

He is now hoping to impress in Otago's last two games of the season in a bid to secure a contract for next season.

Soper is also hoping to land a job as a diesel mechanic.

With Jack Hunter being rested for the match, Soper joins fellow seamers Christi Viljoen, Craig Smith and Jacob Duffy in the side to play Central.

Smith snared five for 47 in his school's 238-run loss to Otago Boys' High School in the southern region final of the secondary schools First XI Cup yesterday, but will carry the drinks the next four days.

However, he will get another chance to make his first-class debut when the Volts play the Northern Knights in Whangarei later this month.

Spinner Mark Craig, who broke his hand after being struck by a Lockie Ferguson beamer in last week's 10-run loss to Auckland, has been replaced by offspinner Josh Finnie (19).

Finnie captained New Zealand at the under-19 World Cup in Bangladesh last month and has played five first-class matches for Otago. Otago is bottom of the Plunket Shield standings after winning one of its eight matches this season.