Netball: Lacklustre Steel has to settle for draw 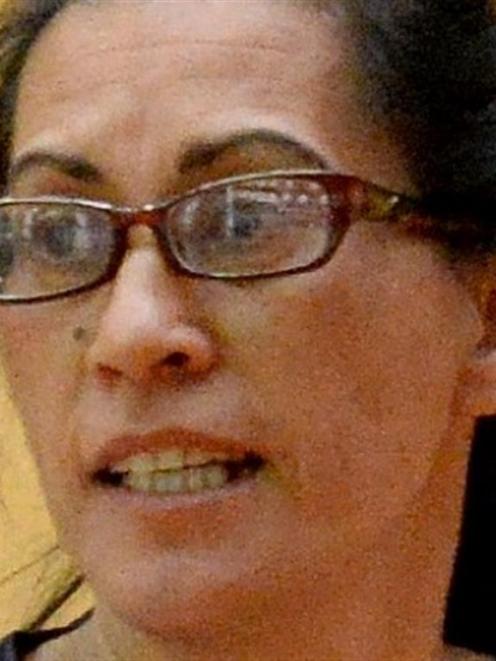 Noeline Taurua.
What an anti-climax.

The Steel had to settle for a 58-58 draw with the Mainland Tactix in their second-round ANZ Championship match in Invercargill yesterday.

Tactix shooter Bailey Mes landed a close-range goal with the last play of the game to snatch the draw.

It sucked the air out of the 2069 fans in Stadium Southland, who watched the home side almost win a game it perhaps did not deserve.

The visitors, who have only won eight games since 2010, outhustled and outplayed the Steel for the majority of the match.

Tactix shooter Mwai Kumwenda was outstanding at the attacking end, while her team's midcourt trio of captain and wing attack Anna Thompson, centre Nicola Mackle and wing defence Hayley Saunders caused the Steel all sorts of problems on both attack and defence.

"I think we were lucky, if I'm going to be honest, that we even came away with a point,'' Steel coach Noeline Taurua said after the match.

"I don't think we were able to match what we said in regards to the performance.''

Make no mistake, this is a much better Mainland team which put together an ugly 8-70 record the past six seasons.

But the Steel did not help itself. It stumbled out of the blocks and produced an error-riddled first half.

If it was not a poorly directed pass missing its target, it was a "schoolgirl'' error, such as a player breaking at the centre pass.

The Tactix came out firing and looked anything but the easy-beat which has finished dead last five of the past six seasons.

It went into halftime 30-28 up, and quickly increased the lead to four a couple of minutes into the third quarter.

But the Steel finally showed up in the third quarter.

Mes provided the fuel the home side needed when she turned the ball over and missed a shot on consecutive possessions.

Steel shooter Jhaniele Fowler-Reid, who landed 50 from 58 attempts and scored all 30 of the Steel's second-half points, quickly tied the game up.

The Steel hit the front for the first time since the first possession of the game late in the third quarter, and opened up a five-goal lead early in the final quarter.

However, turnovers let the Tactix back into the game.

Fowler-Reid put the Steel ahead by one with 18sec remaining, but there was enough time left for Mes to have the last say.

"They did a fantastic zone and they were physical,'' she said.

"I don't think we took them on enough to compete with that, which meant we went wide.

"And when you go wide, it slows the ball down. There are some things that we are doing which aren't necessary in terms of soft turnovers.

"Just not turning fully or breaking, those sort of things, which is pretty schoolgirl stuff.''

After edging the Mystics by a goal last week, the Steel is atop the New Zealand conference, but will be surpassed by the Pulse if it beats the Firebirds in Wellington tonight.

Taurua said the Steel has "plenty of work'' to do before it visits the Magic, the team she coached to the title in 2012, in Rotorua on Sunday.

"We will have to have a good look at what we do leading in,'' she said.

"[Yesterday] was a good learning experience for the girls, because if we don't come with that same heart and desire [the Tactix showed], we're not going to get lucky next time.