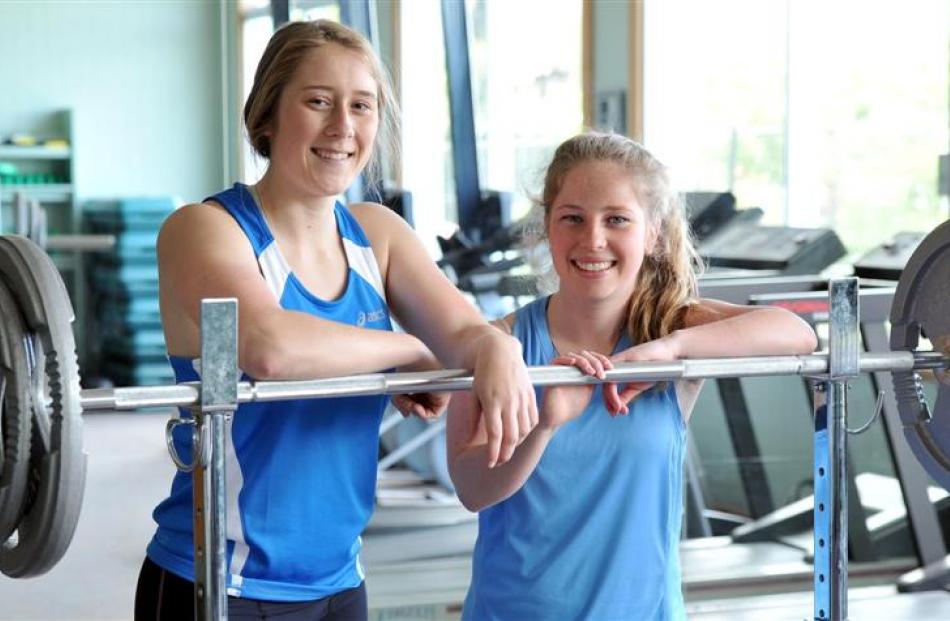 They were mates at Heriot Primary School, parted company, and renewed their friendship as boarders at St Hilda's Collegiate.

Grace Schrader (18) and Hannah Perkins (17) started weightlifting together this year.

Both have also been rugby players, and members of the St Hilda's First XV. Schrader is a No 8 and Perkins a hooker.

Perkins was in the Otago team at the South Island junior tournament in Gore and was named player of the tournament.

''We started weightlifting together this year to get fit for rugby,'' Schrader said.

Their physical education teacher, Alan West, recognised their potential. The girls joined the Otago Weightlifting Association and were coached by Mark White.

They had immediate success.

Schrader won the New Zealand secondary schools championships in Auckland in the 69kg class and followed it up a month later by winning the national junior title in Christchurch.

Perkins broke the Otago junior record in the 53kg class with a snatch (39kg) and clean and jerk (48kg), for a total of 87kg.

She was marginally above this weight and had to compete in the heavier 58kg class at the New Zealand secondary schools championships and finished third.

Perkins had injured both shoulders and missed the New Zealand junior championships.

But she made the journey to Christchurch to support her team-mates.

''Weightlifting is a mental test and not just about physical strength,'' she said.

Schrader has also been helped by the sport.

''It has taught me a lot about being determined and independent and how to motivate myself,'' Schrader said.

''I have learned to set goals for myself, be persistent, keep trying and not give up if I fail with a lift.''

The friends did not see each other for six years after the Schrader family shifted to a beef and dairy farm at Woodlands, in Southland.

Both girls are keen to qualify for the Oceania Games in 2015 and are looking further ahead to the Commonwealth Games in 2018.