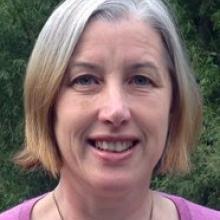 University of Otago department of public health epidemiologist Dr Amanda Kvalsvig, who also has a background in clinical paediatrics, said there was a consistent pattern around the world where the arrival of Omicron was "triggering an avalanche of child cases".

Schools and hospitals were struggling to manage the rates of infection and there were rising concerns about post-acute effects in children, including long Covid and an increase in autoimmune problems such as diabetes.

"Here in New Zealand we have an opportunity to break that pattern, but we need to be decisive and move fast," she said.

The vaccine rollout for 5- to 11-year-olds begins on Monday, and children are only eligible for a second shot eight weeks later.

However, Term 1 begins from January 31 to February 8, so most children will remain unvaccinated for about two months at the start of the school year.

Covid-19 was a preventable disease, and the "immunity gap" between adults and children needed to be closed through vaccinations urgently, Dr Kvalsvig said.

Ventilation at schools was another major concern for her.

Carbon dioxide monitors could be used to alert teachers when the air became stale, she said.

Virus particles could be filtered out of the room air using high-efficiency particulate absorbing (Hepa) filters.

High-grade respirator masks could be made available.

And rapid antigen testing could be used to reduce the risk of children being in school while they were infectious, she said.

Further, he said bringing the vaccination rollout into schools would make it more accessible.

Prof Gemmell said the longer New Zealand kept Omicron at the border the more time there would be to adapt the response.

If there were a lot of cases in the community, the school year should start by distance, he said.

Principals at Otago and Southland primary and intermediate schools spoken to yesterday said they were taking a wait-and-see approach for further Ministry of Education guidance.

Several were concerned about having both vaccinated and unvaccinated pupils at school.

Carisbrook School principal Katrina Munro said the coming year would be "the toughest year that we’ve had as a school".

Tahuna Intermediate principal Simon Clarke said this year would be much harder than last.

"It’s definitely going to be a tricky year. Last year was stressful because we have been trying to keep it out of our schools and keep everyone safe.

A Ministry of Education spokeswoman said its role was to share Ministry of Health advice. If there were any changes to public health or vaccine guidance it would update schools through its school bulletins.

A Ministry of Health spokesman said a range of public health measures had been established to protect children from Covid-19 at school.

At this stage there were no plans to introduce mandatory surveillance testing for pupils.