By Wyatt Ryder and Grant Miller
0 Comments
New Zealand's Tongan community has been left in the dark as the island nation struggles to deal with the effects of a volcanic eruption.

Communication to the islands has been almost completely cut off, after the Hunga-Tonga-Hunga-Ha’apai volcano, about 65km north of the capital Nuku’alofa, erupted on Friday and again on Saturday.

Prime Minister Jacinda Ardern said the undersea network cable had been affected and authorities were urgently trying to restore communications.

Tongans around New Zealand had no idea whether their families back home were safe.

He said the lack of communication made it impossible to tell how things were going.

He had family there that he had not heard from and for whom he was praying, he said. 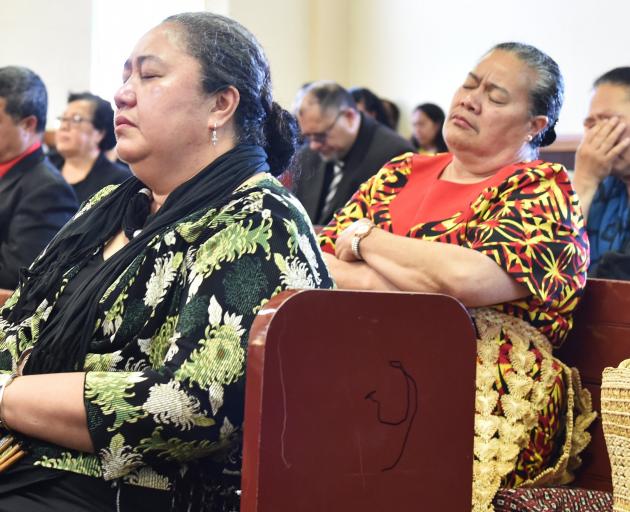 Attending a St Kilda Tongan Methodist Church service in Dunedin yesterday is Ana Ikahihifo. Members of the church are awaiting news of family back home after the eruption of an undersea volcano near Tonga and tsunami. PHOTO: CHRISTINE O’CONNOR
It was fortunate the eruption happened early in the evening, as there would have been a few hours of sunlight to prepare.

If the disaster happened at night it would be ‘‘a different story’’, he said.

It was a dark day for the nation, but Tonga would recover from this calamity, he said.

‘‘The faith of the Tongan is still high.’’

He and other members of the community saw many posts, photos and videos on Facebook from friends and family in Tonga during the first 30 minutes of the disaster before the network went down.

It was tough not knowing what happened after those initial posts, he said.

The country was already being ‘‘hammered’’ by the effects of Covid-19 and this would make it much harder for those in Tonga.

At the St Kilda Tongan Methodist Church service in Dunedin yesterday, rousing singing was mixed with some poignancy.

A special prayer time was held for people back home.

Church leader Sailosi Pole said the church had about a dozen families and they all had family or extended family in Tonga.

Parishioners were particularly concerned about people on islands nearest the eruption and everybody was waiting for news.

They were hoping and praying for the best, Mr Pole said.