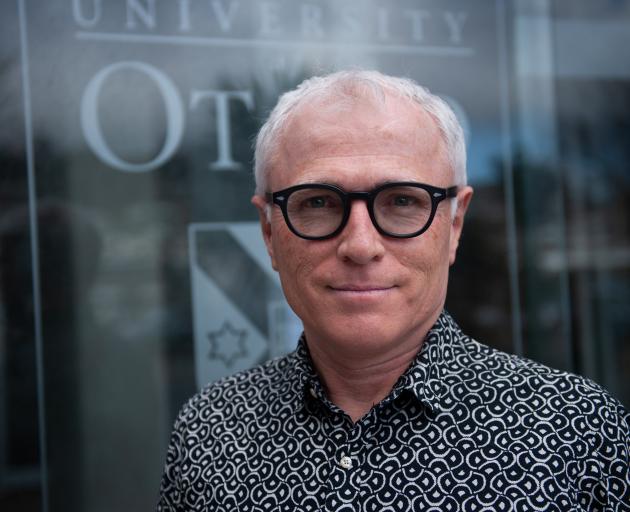 From early next year, most fully vaccinated travellers into New Zealand will not be required to go through managed isolation.

Prof Baker said the country’s current border controls were some of the tightest in the world, and were a good line of defence.

"I think we need to learn from experience overseas and this has been one of the great advantages New Zealand’s had. We’ve usually got a little more warning time about how the virus is behaving overseas, so we can use that strategically."

However, while next year’s changes would allow more people into the country, they should be postponed until more was known about the Omicron variant, he said.

The Ministry of Health yesterday announced 103 new cases of Covid-19 in the community, up on Saturday’s tally of 63.

Of yesterday’s cases, 86 were in Auckland, two were in Northland, nine were in Waikato, three were in Bay of Plenty, one was in Lakes and two were in Canterbury.

Nelson-Tasman and Taranaki also had a case each, but those will be added to today’s numbers.

UK scientists have warned that two doses of a Covid-19 vaccine are not enough to offer protection against the new variant.

Early analysis of UK Omicron and Delta cases showed the vaccines were less effective at stopping the new variant, with a dramatic drop in effectiveness for the Oxford-AstraZeneca vaccine and a significant drop-off for two doses of Pfizer.

"We know the vaccines still work because they don’t just give you protection by antibodies, by encouraging or getting your cells to produce antibodies — you also have cell-mediated immunity, which adds protection," Prof Baker said.

"But certainly we need to look at accelerating the rollout of the third dose in New Zealand and obviously everyone who’s already gone for six months or longer since their second dose, now of course you can get your booster and people should be lining up to do that."
The study, from the UK Health Security Agency, found that a third booster prevented around 75% of people getting any Covid-19 symptoms — which was still not as high as against previous variants.

Prof Baker said while Omicron was bound to enter New Zealand eventually, warmer weather might work to our advantage.

"Obviously, summer is going to be a better time, because we’re going to be outdoors more," he said.

"We fortunately have very low rates of infection now in New Zealand, but it will still be a problem. Its advantage being that it’s evading that existing immunity from the vaccine again will be a problem."

Another British study, from Queen Mary University in London, found that people with allergies, eczema and types of asthma may actually have increased protection against Covid-19.

"We’re now starting to see these very large studies, particularly from the UK, and this study followed 15,000 people who had infection," Prof Baker said.

"They found that the risk of infection was actually related to your ethnicity, with higher rates for Asian British ethnicity and also raised BMI [body mass index] ... but also they found there was decreased risk for people with atopic diseases — that’s things triggered by allergens, which include eczema and dermatitis and hay fever."

People with these diseases were found to have 23% lower odds of developing infection.

"This is one of those findings you get in large studies," he said.

"They didn’t have a strong explanation for this. They thought it might have been maybe related to the expression of the gene that codes the receptor, the ACE2 receptor that SARS-CoV-2 binds with."

While some might think a virus became weaker as it mutated, this was not necessarily the case and we still had much to learn about how Covid-19 might evolve, Prof Baker said.

"There’s no real evolutionary advantage either way for a virus being more dangerous in this instance and over time. Many of the viruses that have plagued humanity have stayed just as lethal," he said.

"A disease like smallpox didn’t change over time, measles is very similar, so there isn’t really any advantage for a virus either way."

"The rise of Omicron is because it’s outcompeting the virus Delta, but it isn’t necessarily doing that by being more infectious. It can also do that by actually evading immunity that people have acquired either by previous natural infection or from the vaccine.

"When you see a new strain of influenza that becomes dominant, it’s not doing this because it’s inherently more transmissible. It’s because it evades the immunity of the previous strains. And so this is where the next phase of Covid-19 evolution is, that we’re actually seeing rolling out before our eyes at the moment."