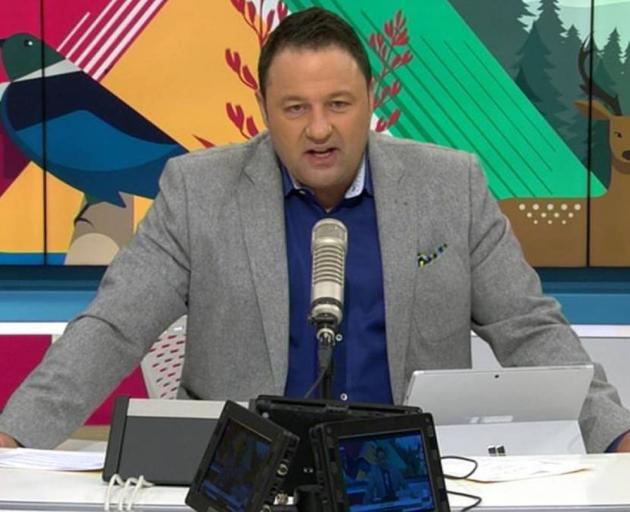 The broadcaster and former The AM Show presenter shared that he tested positive for the virus last week and is currently isolating at his home in the Auckland suburb of New Windsor.

"I have not seen a doctor, nurse, or a health professional the entire time I've been sick, which is close on two weeks now," he wrote in an opinion column for business publication NBR.

He criticises the home isolation policy, and explains the system is flawed, arguing people travelling who are double vaccinated and healthy are able to stay in an MIQ facility while others are left to isolate at home without the same level of care.

Garner says health officials have mistaken him for his friend isolating at the broadcaster's house during check-ins over the phone. He also writes his friend called 111 seeking an ambulance after struggling with symptoms but was told to take Panadol.

He says they are still waiting for a food package to turn up despite asking for assistance from officials a week ago.

"It's a bumbling mess that gives me no confidence," Garner declares.

"We now use the food request to keep ourselves upbeat and can't help but laugh at this multi-agency trainwreck complete with available interpreters that can't do the most basic thing, such as deliver a box of food to two blokes who otherwise are fighting for their lives."

He adds the experience is made all the more difficult because he is separated from one of his sons, and fears he could have passed on the virus to him.

"I haven't seen my son Buster for more than a week now because he's in isolation at his mother's after testing positive. It's breaking my heart," he wrote.

Last week Garner said he was feeling better since testing positive for Covid-19 and expects to completely recover soon.

He first revealed he was experiencing symptoms consistent with Covid-19 in a previous column for a business news website. The veteran journalist also said that his son tested positive for the virus.

MediaWorks confirmed earlier this month that Garner, along with Rachel Smalley, will be moving to its new talk radio brand.

The pair will join current Newshub political editor Tova O'Brien, who was also announced as the station's breakfast host earlier this month.

Garner, 47, said in August he had decided to leave the "best job ever" at the AM Show because he was struggling with the "brutal hours".