0 Comments
With a temperature of 36 degrees Celsius forecast in Christchurch today, residents are being urged to keep hydrated and stay sun-smart, while firefighters have helicopters on standby.

North-easterlies are bringing hot temperatures to the city with a high of 29C yesterday, and 32C forecast for Wednesday.

Meanwhile, MetService says a strong wind watch is in place for the Canterbury High Country from 1pm until 11pm tomorrow. Northwest winds may approach severe gale in exposed places at times.

Canterbury Medical Officer of Health Dr Ramon Pink said while the hot weather is welcome, overheating is a condition that can be fatal.

"While we are all vulnerable to hot temperatures, some people are particularly at risk. This includes the elderly, infants and children, women who are pregnant, and people suffering from chronic, acute and severe illness," Dr Pink said. 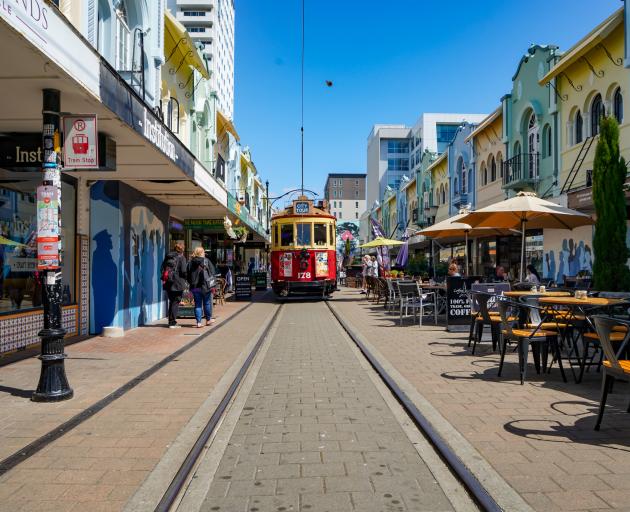 People should avoid going outside during the hottest time of the day, wear lightweight, loose- fitting clothing and stay in shade when possible, he said.

"As well as being sunsmart - slip, slop, slap and wrap if you have to go outside, everyone is advised to keep their houses cool by closing curtains on windows getting direct sun, opening windows to get a breeze if its cooler out than in, and consider using the cool cycle on heat pumps."

Anyone unable to cool their home could consider spending a few hours in an air-conditioned public building like a library or mall. 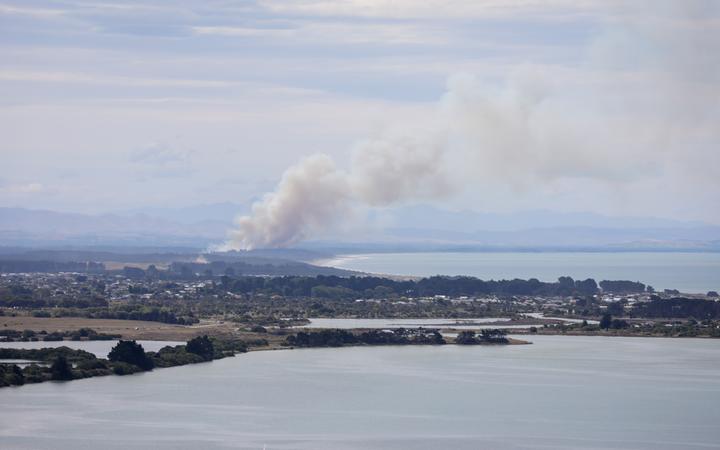 Yesterday five houses were evacuated at Pines Beach after a large fire spread and came within metres of the properties. Firefighters yesterday said they were throwing major resources at it while the winds were favourable, out of fear today's gusts could blow the fire further.

Another fire, in a gully on Balmoral Hill also spread quickly yesterday, and came within metres of houses, but firefighters were able to put it out during the afternoon.

Canterbury is in a restricted fire season, where any open-air fire needs a permit. 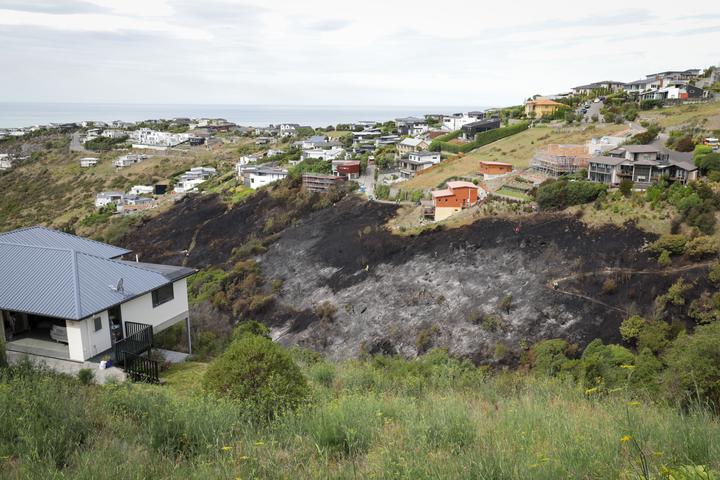 A fire in a gully on Balmoral Hill came close to several houses in Christchurch yesterday. Photo: RNZ

"People need to get out and check their old burns over and over, if you've had a big burn off in the last couple of months you need to get out, dig it up and over and saturate it.

"Until Thursday, when the rain comes, people should avoid any lawn-mowing and hay making unless you are 100 percent sure the paddock is clear of stones."

Janes said any jobs that cause sparks, including welding or construction, should be avoided.

"We will have three helicopters on immediate standby so they are ready to lift straight away, so yes the level of alert is very much heightened.

"We check the weather over and over again, and we really focus on the wind strength and humidity," he said.