Keep your sunscreen and hats handy - parts of Otago are in for a scorcher today.

The MetService has forecast temperatures of up to 33degC in Oamaru, 31degC in Mosgiel, and 30degC in Dunedin, making it their hottest day of the summer so far.

Christchurch is expected to swelter on 36degC.

Alexandra is also expected to reach 30degC today, but it is not the town’s hottest day of the summer. 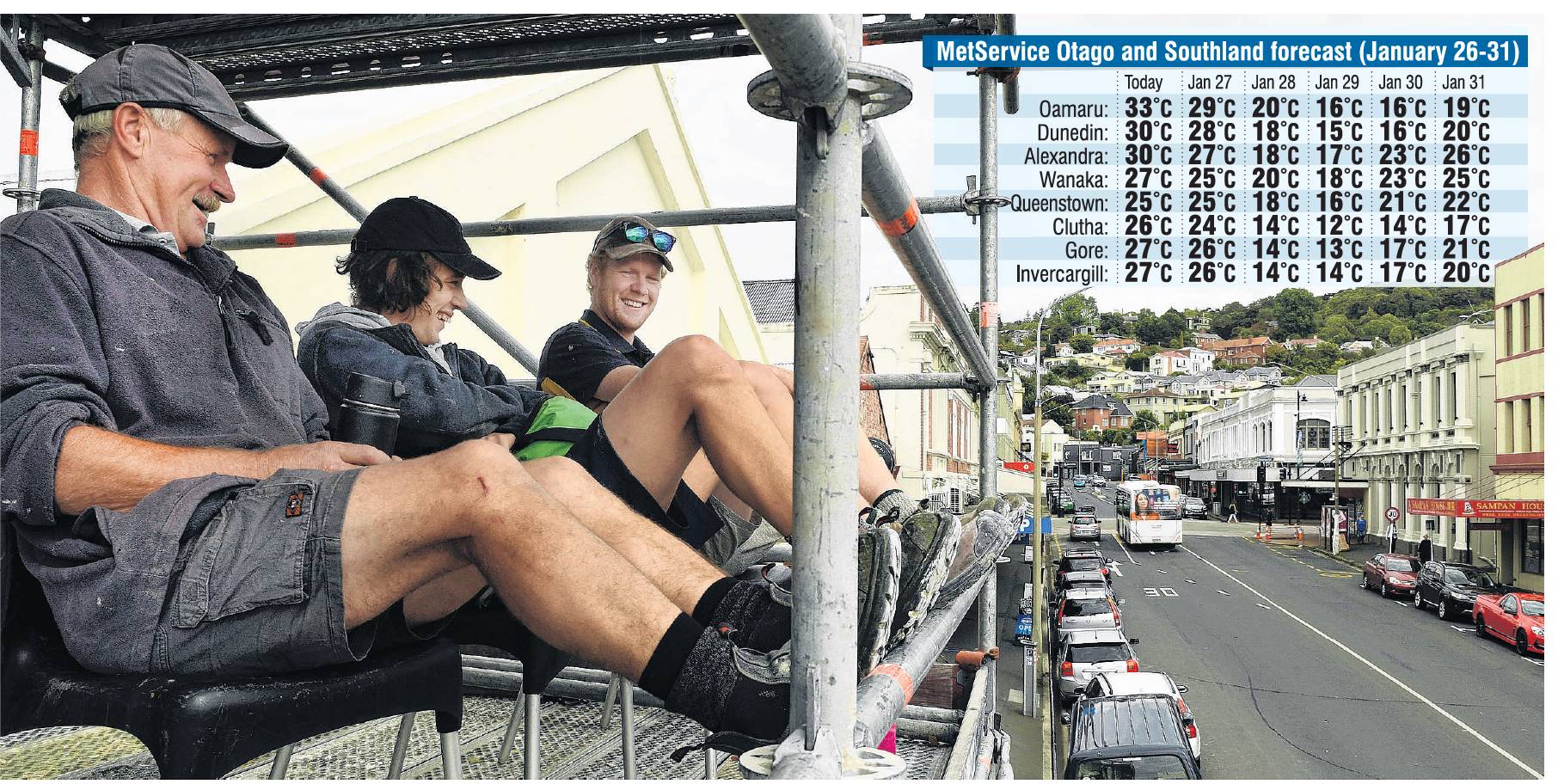 Meteorologist Tahlia Crabtree said Alexandra’s hottest day this summer was on January 16 when it reached 31.2 degC.

"Alexandra is a place to watch. It could get hotter than 30degC."

She said if Oamaru reached 33degC, it would break its January record high of 32.6degC.

Strong, gusty northwesterlies = dry conditions + increased fire risk 💨
A Strong Wind Watch for gales in Southland and Fiordland is likely to extend across Canterbury and Otago in the coming days.

However, Dunedin and Alexandra were not expected to break their January records of 34.2degC and 36.4degC, both set in 2018, respectively.

She said the hot weather was being brought to the South by strong northwesterlies, which were expected to develop over the country today ahead of a front forecast to move on to Fiordland from the west tomorrow.

"Warm to hot temperatures are forecast for many areas ahead of the front, and then followed by significantly cooler temperatures in a strong south to southwest flow behind the front."

"On Wednesday, this front is likely to deliver a period of heavy rain to the South Island west coast, with moderate confidence of warning amounts of rain for southern Westland and Fiordland.

"Later on Wednesday and Thursday, a period of rain and strong southwesterlies is expected for the southeast of the South Island.

"There is low confidence of warning amounts of rain and severe gale southwesterlies for Southland, Clutha, Dunedin and North Otago, especially in coastal places."

Weather conditions were expected to return to warm, dry and sunny during Saturday, as a ridge of high pressure built over New Zealand, she said.