A warning has been issued to everyone who was at Wellington Airport when a Covid-infected traveller arrived in the country and departed.

The locations of interest list has been updated to include the airport's Customs area from 11.35pm on June 18 until 12.48am on June 19. This is the time the tourist disembarked from a flight from Sydney which had 58 passengers on board.

The alert also applies to those at Wellington Airport for the tourist's return flight to Sydney - from 8.30am to 10.30am on June 21. It also includes the airport's food court.

People at the airport on both days at these times are asked to self-monitor for Covid symptoms for 14 days. 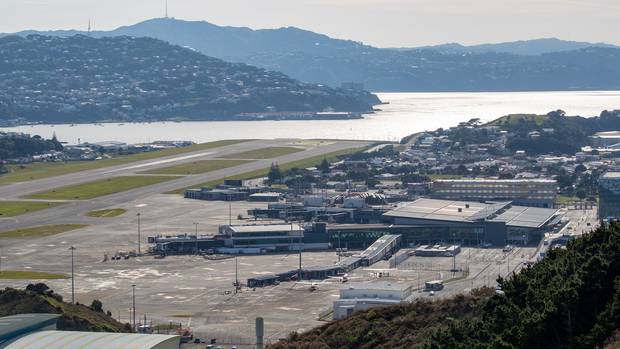 Wellington Airport. File photo
"If symptoms develop, get tested and stay at home until negative test result is received," the Ministry of Health said.

Meanwhile, up to 2500 people visited Te Papa around the time the tourist attended, the museum has revealed.

Te Papa is among the locations of interest released by health authorities today.

The traveller attended Te Papa's Surrealist Art exhibition between 4pm and 5.45pm on Saturday, June 19. Anyone who visited the exhibition at the same time has been asked to self-isolate for 14 days.

Te Papa advised that visitors to any part of the museum between 3.05pm and 5.45pm on June 19 "need to undertake testing as detailed by the Ministry of Health".

A Wellington school has been closed until Monday after holding their ball at Te Papa on Saturday night.

Whitby Collegiate closed today as a precaution. Eight staff had been at the museum setting up the senior school ball at the time when the Covid-infected tourist visited.

The school plans to re-open on Monday.

"Due to the fact that eight staff were at Te Papa prior to 5.45pm these staff are considered to be casual plus contacts and have gone home to be tested and self isolate until there is a negative result," the school said.

"Staff will be tested tomorrow (Day 5) and we will be carefully monitoring the situation."

While the Ministry of Education said the school did not need to close it was "appropriate" to do so "due to the reduced staffing numbers".

At a media briefing this afternoon, Covid-19 Response Minister Chris Hipkins announced the Wellington region, including Wairarapa and Kapiti Coast, would move to alert level 2 from 6pm today until 11.59pm on Sunday.

There would be limits on gathering sizes and no more than 100 people could now meet at one time, Hipkins said.

Face masks were now compulsory on public transport and people were encouraged to wear them while waiting for transport.

Hipkins also encouraged people to wear masks where social distancing was not possible.

Schools would stay open, as would ECE centres.

Hospitality outlets could open but needed to apply the three S's - seated, separate, and having a single server.

The move to alert level 2 will prohibit crowds at tonight's Wellington Sports Awards, the Māori All Blacks v Samoa rugby match at Sky Stadium on Saturday, as well as home matches for the Saints basketballers and Pulse netballers on Sunday, Newstalk ZB reports.

"We've always had plans in place for situations like this and that is what we're working through now," Hipkins said. 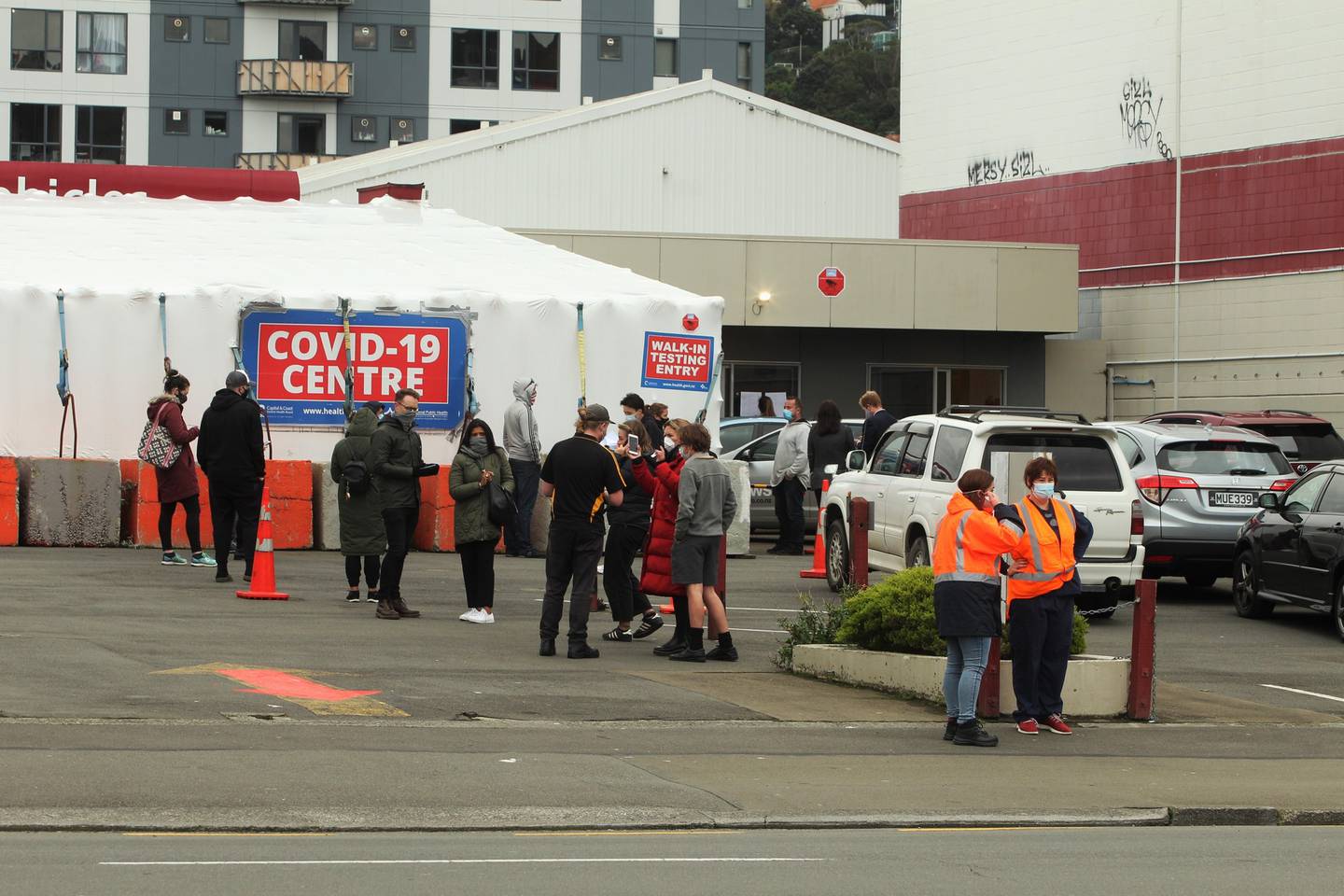 Hipkins said the situation was a reminder of the need to use the Covid tracer app and to have the Bluetooth function turned on.

If people had been in the Wellington region over the weekend, they needed to take the alert level restrictions with them.

Director-general of health Dr Ashley Bloomfield said based on the timeline of symptom onset and CT value of his test, the Covid-positive traveller was infected prior to his visit to New Zealand. He has the highly infectious Delta Covid-19 variant.

Hipkins said the man had received one dose of the AstraZeneca vaccine and his partner, with whom he travelled, was awaiting her Covid-19 test results.

It's not known whether she was also vaccinated.

The traveller works in a healthcare setting near Bondi Junction - an area linked to the current outbreak in Sydney.

The man's workplace had not been identified as a location of interest when he left Australia, Bloomfield said.

He and someone who travelled with him used the Covid tracer app while in Wellington.

Four close contacts of the traveller were notified last night and put into isolation and tested. All four have returned negative tests.

Asked if the travel bubble should have been paused earlier, Hipkins said the Government made the decision when the number of cases in Sydney surged yesterday.

The tipping point was a primary school-aged child testing positive given at the time there wasn't a clear link to the rest of the Sydney cluster, he said.

The contract tracing team are tracking down 58 passengers who were on the Sydney flight the man was on.

The people on that flight were close contacts and required to isolate for 14 days and take a day 5 and day 12 test.

Extra testing capacity was being added to sites across Wellington. GPs and urgent care centres would also do testing.

Asked why officials didn't alert Wellingtonians who were in the locations of interest via the Covid tracer app straight away this morning, Bloomfield said it was a "matter of getting the balance right".

Teams had been working through the night to get the information together and the case and contacts were interviewed overnight and this morning, Hipkins said.

"We get information out as quickly as we possibly can," Hipkins said.

Bloomfield said they tried to contact locations of interest before that information was made public.

Bloomfield also said NZ had administered 1 million doses of the Pfizer vaccine. DHBs were 7.5 percent ahead of plan, he said.

Supply issues were impacting the speed of the rollout and bigger deliveries of the vaccine were expected shortly, Hipkins said.

Asked if this meant New Zealand needed to ramp up the rollout of the Covid-19 jab, Hipkins said "the vaccine rollout is going as fast as possible".

Hipkins said the Government was not considering delaying Kiwis' second Covid jabs in order to make sure more people had their first jab.

Asked about whether or not New Zealand could hit 70,000 Covid-19 jabs a day, Hipkins said he was confident every Kiwi would be offered a jab this year.