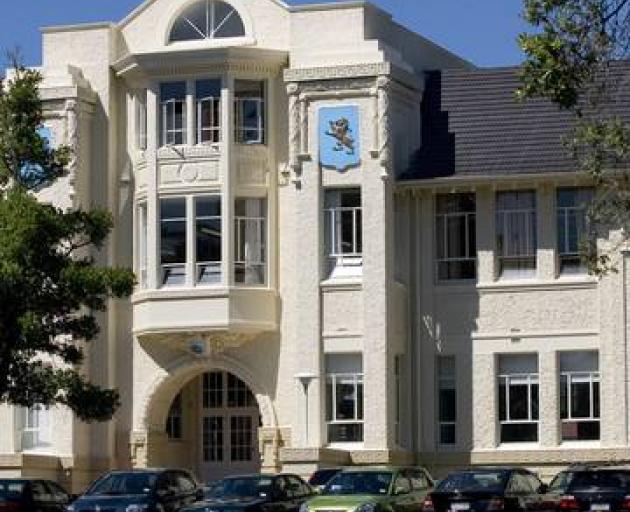 "We have already notified the students and staff who are considered close contacts," he said.

"We are offering support to both the student and their family and we request their privacy is respected at this time."

It is unclear whether the student is one of Auckland's four new 'probable' cases revealed by the Ministry of Health yesterday. Three adults and a teenager were deemed probable cases.

They four are related to the South Auckland family who tested positive for Covid on Monday in a new outbreak with no known links to our border or overseas cases.

A letter to parents from ARPHS stated that close contacts of the infected student were in self-isolation.

"There will be a great deal of concern in the school community, but there is a lower risk as the student was not symptomatic while at school and has not been at school since they became sick and got tested."

If students or parents had not been directly contacted by ARPHS about being a close contact, they were considered to be a casual contact.

Everyone at the school was urged to remain vigilant to symptoms of Covid-19, such as
a new or worsening cough, sore throat, runny nose, fever, temporary loss of smell and difficulty breathing, over the next 14 days.

Drumm said the school was closely following the advice of the Ministry of Health and Ministry of Education and would provide further information as necessary when it came to hand.

On the heels of Prime Minister Jacinda Ardern's announcement that Auckland would return to level 3 restrictions, Mount Albert Grammar School posted online that it would be closed on Tuesday.

Teaching would resume via online learning on Thursday and Friday.

The nearby Mt Albert Primary School was closed as a precaution yesterday after a student's family members tested positive for Covid-19.

The Government triggered a resurgence plan after four new cases of Covid-19 were announced on Tuesday - the first cases acquired from an unknown source after 102 days without community transmission.

The primary school student who lives at the same house as the South Auckland family that tested positive has since tested negative for the virus.

Due to privacy concerns, the name, class or year level of the student who is a close contact of the family, will not be passed on to parents or staff.

The child did not attend school this week and has tested negative and has no symptoms of Covid-19, Auckland Regional Public Health Service said.

A further four probable Covid-19 cases were announced yesterday - all linked to the community based cases revealed Tuesday night - as well as one additional case in managed isolation.

Only a handful of Auckland students attended school yesterday even though children of essential workers were allowed to attend.

Mt Albert Primary School will remain closed for the rest of this week while ARPHS investigates.

The school may reopen from Monday, depending on advice from officials and what alert level is in place at the time.

While the child is not considered to have the virus currently, ARPHS would continue to check on their health every day and would retest if required.

There is a low risk the child was infectious at school, public health said. However, the service would provide more information if any develops.