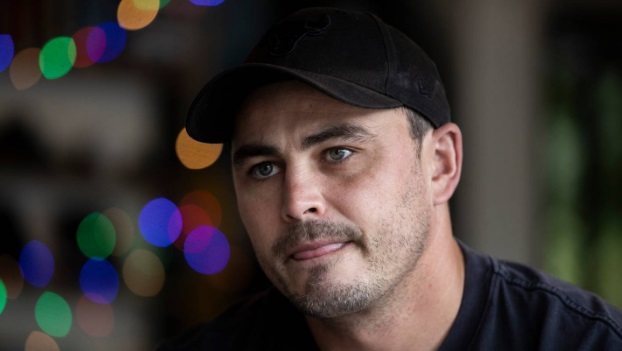 Zac Guildford. Photo: George Heard
Former All Black Zac Guildford says he had a drink in February when his life was "at rock bottom", before his sentencing for stealing from his grandfather.

Guildford has been convicted and discharged for breaching an intensive supervision order, for drinking the alcohol.

The drink led to police attending an incident at 33-year-old Guildford's home, where they found he was intoxicated.

The incident happened before he was sentenced in March for stealing from his grandfather to fuel a secret gambling addiction.

Guildford, now living in the South Island, pleaded guilty to the breach in the Christchurch District Court today, and was sentenced by Judge Quentin Hix.

Guildford had been serving a sentence of two years' intensive supervision after being convicted of punching a woman in December 2019.

He broke the orders in February, prior to being sentenced on separate charges for stealing more than $40,000 from his grandfather and deceiving a friend out of $60,000.

Outside court he described the conviction and discharge today as "the best possible outcome".

Guildford had got into a cycle of addiction but that ended before the March sentencing when he hit "rock bottom".

He had put in a lot of hard work and made some brilliant changes. He described himself as being "in a beautiful head-space".

He told Open Justice he was now really confident and was in contact weekly with his grandfather.

His debt to his grandfather, who was left $34,000 out of pocket after some of the money had been repaid, had now been sorted, Guildford said.

He declined to talk about repayments being made, but said his relationship with his grandfather was now "back on track".

Defence counsel Teresa Penman had told Judge Hix that the breach pre-dated the March sentencing, and she argued that if it had been dealt with at that time, no extra penalty would have been imposed.

Judge Hix accepted that and accepted Community Probation's recommendation for a conviction and discharge.