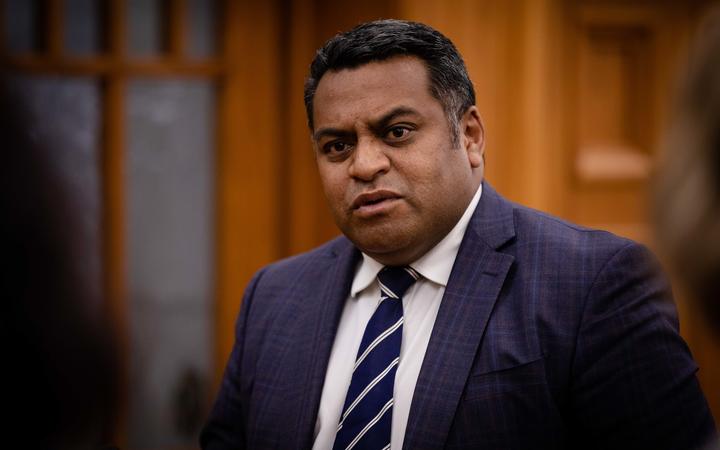 The law currently requires judges to impose the maximum sentence for offenders who commit a third serious, violent crime.

Faafoi this morning said the government would introduce the Three Strikes Legislation Repeal Bill, as promised in the lead-up to the election, with a first reading expected next week.

He said the law had been aimed at improving public safety, but the evidence showed it no effect on the violent crime rate.

"The rates of serious crime in terms of raw data have stayed pretty much the same, if you look at it per capita the likes of serious assaults and sexual assaults have been rising since the three strikes legislation came into place. I think robbery has been on a steady decline since 2006 so three strikes can't take much credit for that," Faafoi said.

"Given the draconian nature of this mandatory sentencing law, you would expect strong evidence of its effectiveness to justify its ongoing existence, and there is none."

Faafoi said the law had instead led to some disproportionate sentences - for example in one case a judge had been forced to impose a 10-year sentence when they would ordinarily have imposed an 18-month sentence.

"We have even seen the situation, recently, where the Supreme Court had to intervene in the case of an individual with long-standing and serious mental illness to correct what the Court said was so disproportionately severe that it breached the Bill of Rights."

He said other jurisdictions such as Australia's Northern Territory and California in the US had also repealed their similar laws, and judges could still hand down hefty sentences and additional restrictions to repeat serious offenders where that was appropriate.

"If someone presents in front of the judiciary and they see fit to penalise them with a serious sentence, they will still have the ability to do that."

Faafoi said the Bill agreed by Cabinet would see those already sentenced under the law continue to serve the sentence that had been imposed, but would consider changing that based on consultation during the Select Committee process.

The ACT party championed the law in 2010 and its justice spokesperson Nicole McKee said the repeal would give the worst, most violent offenders an early Christmas present.

"Just 18 people have been sentenced to a Third Strike. The total number of people sentenced to a first, second or third strike account for just one percent of the people sentenced in our courts. This is the worst of the worst. These offenders leave behind a long list of victims, some who will never fully recover from the trauma," she said in a statement.

"These offenders are not petty thieves. They are the worst of the worst. New Zealanders will see these sentences as entirely reasonable and feel safer with these violent thugs off the streets."

She said the first offender sentenced under the law had attacked someone with a piece of wood, stalked and sexually assaulted a 17-year-old girl, then stabbed someone in the leg.

"Thanks to three strikes he was made to carry out the full sentence of seven years and our streets were safer because he was behind bars," she said.

National's justice spokesperson Simon Bridges said Labour was "doubling down on its soft-on-crime approach" and the move would put public safety at risk.

"National introduced the Three Strikes law back in 2010 to make sure that the worst repeat offenders would not be eligible for parole," he said.

"We did this because National, unlike the government, holds serious repeat offenders to account. Criminals convicted under the law have committed an average of 74 offences.

"Catch-and-release is not a viable policy for keeping New Zealanders safe. National believes that if you do the crime, you should do the time."

However, Green Party justice spokesperson Golriz Ghahraman said the law was archaic and the party was "delighted" it would finally be repealed.

"The three strikes law has led to grossly unfair results that disproportionately impacted Māori, including much harsher sentences than would otherwise have been imposed," she said.

She called on the government to bring in sentencing reviews for those who had been affected by the law, and follow up the repeal with larger changes to the justice system.

"It is shameful that New Zealand has one of the highest imprisonment rates in the developed world. This is despite mounting evidence that mass incarceration has failed to bring down rates of crime, keep communities safe, or rehabilitate those in our system."

"Our justice system disproportionately targets Māori, other communities of colour, those with mental health and addiction issues and brain injuries. We need to fix this and create a system that recognises the mana inherent in all people and communities, including te ao Māori-led approaches."

Another absurd about turn from this ever failing Minister.
The victims continue to rise.

The original law was hurried and ill--conceived. It should never have been passed.
Repealing it is an excellent move for liberty and democracy.