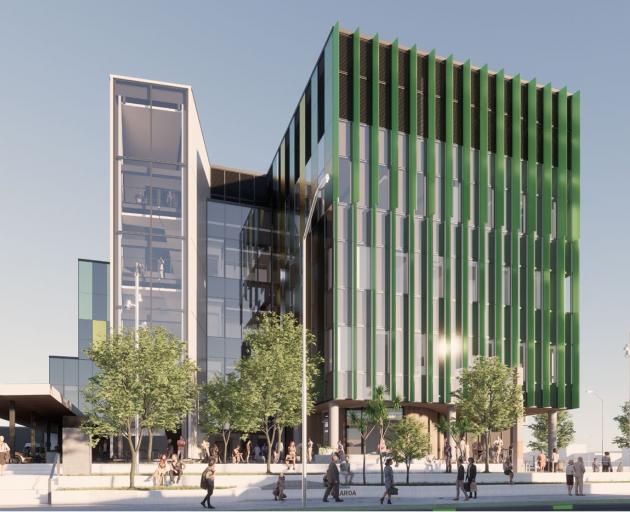 An artist’s impression of the new Dunedin Hospital outpatient building.
The law to disestablish them is yet to be passed by Parliament, but at New Zealand’s 20 district health boards, employees are counting down to July 1, when their employers will be replaced by Health New Zealand. Health reporter Mike Houlahan asks what happens next.

It is either the dawning of a bright new future or a step over a precipice into grey uncertainty.

In five weeks, all things going according to plan, New Zealand’s health system will undergo a major restructuring.

Out go the current 20 district health boards, to be replaced by two centralised agencies which will implement and then manage the health system: Health New Zealand and the Maori Health Authority.

The Pae Ora (Healthy Futures) Bill, which sets up the new system, is yet to be passed by Parliament, but it does set out how the very top of the health pyramid is meant to function.

Further down, though, quite how all this is meant to work remains something of a mystery.

A recent briefing report to the health workforce by HNZ interim chief executive Margie Apa and MHA interim chief executive Riana Manuel sums up the confusion in the sector: they note that they are 10 weeks into their new roles, that the new reforms are expected to be enacted within 10 weeks, and that they still need to organise themselves at a regional and local level.

One thing health workers do know is that as of July 1 their employer will become HNZ or the MHA, and that their terms and conditions will be rolled over, pending "further consultation and engagement". 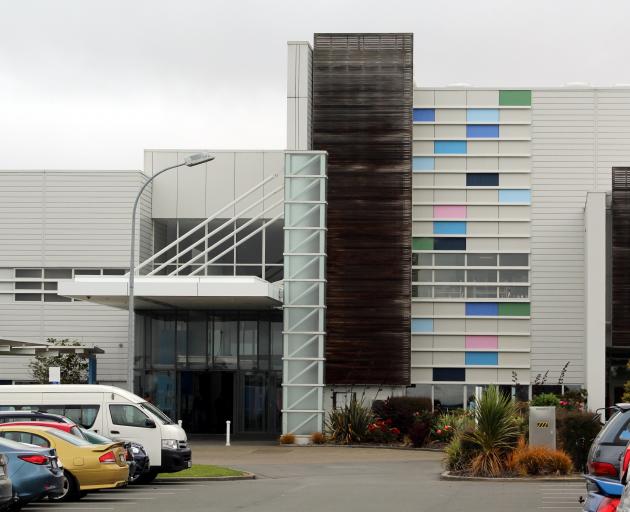 Southland Hospital. PHOTO: ALLISON BECKHAM
For many, nothing will change: doctors and nurses will still turn up to hospitals and medical centres and provide care.

But the health workforce is a big one — about quarter of a million people — and not all of them have that level of job security.

A central tenet to the health reforms has been a national approach to service provision, in an attempt to ensure that healthcare is equally available to all.

The intended result is laudable, but as the system which is meant to deliver that outcome is still being designed dedicated people who work to provide healthcare at a local level have been left to wonder whether their roles will remain.

In the alternative, they might be working for one of the new "locality networks" which will be established to ensure community healthcare needs are met ... except no-one knows how many of those there will be or — you guessed it — quite how they will work.

Nine "locality prototypes" were announced by Health Minister Andrew Little last month — as the word prototype implies, they will be a work in progress, subject to refinement.

None are in our region, an application to found one in Southland having been knocked back, although Ms Apa said HNZ hoped to establish one there as soon as possible. 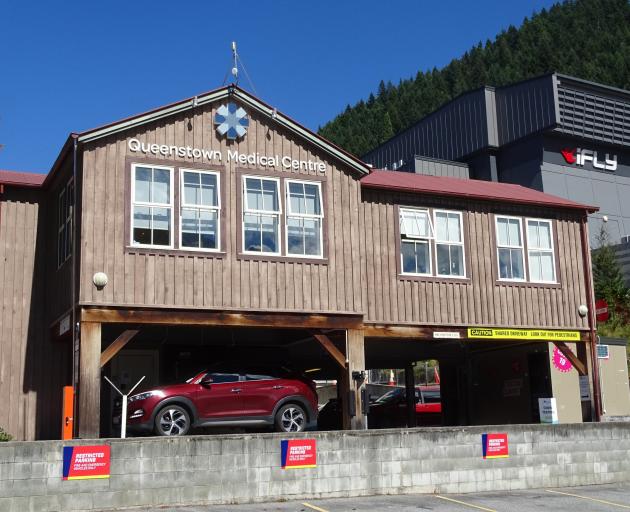 Queenstown Medical Centre. PHOTO: CASS MARRETT
Although there is more than a little bit of an "at the last minute" feel about the reforms, they have been in train for some time.

The review was cautiously welcomed: in general, health sector workers accepted that there was a need to reform the system, but specific agreement on how was harder to reach.

It reported back in March 2020, recommending the formation of a central body like the imminent Health New Zealand, but also suggesting that DHBs should be retained, although in reduced numbers and functions.

However, in September last year the Government opted to go further than the Simpson recommendations, new Health Minister Andrew Little confirming DHBs were to go, and that HNZ and the MHA were to come.

A special select committee was set up to consider the health reform legislation: underscoring the importance of the process, 4665 submissions were received and 178 individuals and groups submitted in person.

The final Bill, which Parliament should pass soon after it resumes next week, sets up the new agencies and also requires their newly hired public servants to draw up a swag of strategic, accountability and monitoring documents to frame their work.

The opening of Te Kaika in Caversham. PHOTO: CHRISTINE O’CONNOR
Foremostly, whoever is minister of health is required to issue a "government policy statement on health" at least every three years, which is intended to set out the Government’s health priorities.

How those would be implemented is then set out in the New Zealand health plan, a three-year costed scheme for delivering HNZ and the MHA’s services.

That plan has to take into account a hauora Maori strategy, a Pacific health strategy, a disability health strategy, the New Zealand health charter (a document which sets out common values, principles, and behaviour for health entities and workers), a code of consumer participation, and each individual locality plan.

The Bill also sets out "health principles", to which each of those documents must align, such as equitable access, engagement with Maori to deliver better Maori health outcomes, choice of quality health services and promotion of people’s health and wellbeing.

The Ministry of Health survives the shake-up and the director-general of health remains the government’s chief health adviser: the ministry will also take on a greater public health role through a new agency to be formed within it.

On day one very little will change at the coalface: no-one expects that something as complex as the health system will be transformed overnight.

Some finer detail work is already happening though: working groups are already in place to take over DHB’s role in procurement and supply of materials, and data and digital functions.

Hospitals will be eventually be managed by HNZ as part of a national network: the expectation is that if you are in, say, Invercargill, and need cancer treatment but there is a wait list locally, you can be seen anywhere else in New Zealand with capacity to treat you. 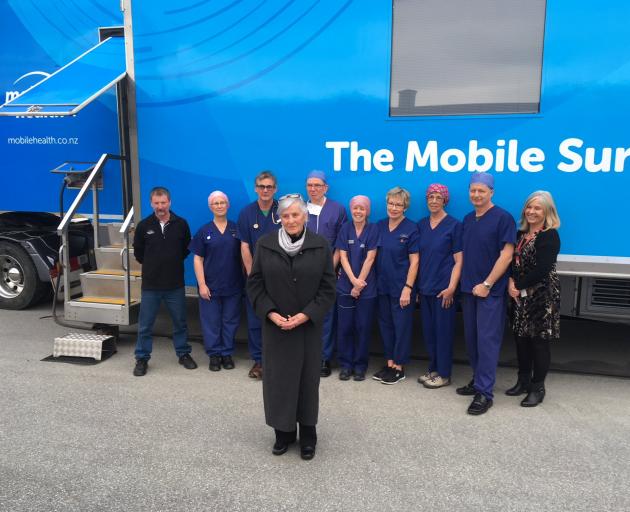 The Mobile Surgery receives its 1000th patient. PHOTO: ALEXIA JOHNSTON
Iwi Maori partnership boards will also be put in place, offering a tangata whenua viewpoint on healthcare provision: this should be straightforward in the South, where Ngai Tahu is the dominant iwi, but will be much more complicated in places such as Auckland where five or more iwi assert mana whenua.

DHBs will, initially, be replaced by four regional boards — Northern, Te Manawa Taki, Central and Southern — whose directors will draft regional health plans and who can commission care from private health providers.

In the interim, 20 districts with the same borders as the DHBs will be in place.

However, their time will be short-lived: HNZ expects that by July 2024 districts will be a thing of the past and all New Zealanders will belong to a distinct "health locality".

Billed as being how communities will have a say on what health services are provided for them and how they will be provided, each of the anticipated 60-80 localities will have a co-ordinator, whose task will be to bring together health providers, iwi, local authority representatives and social sector agencies to work out what services the locality has and what services are needed.

After consultation with health consumers, local communities and the area’s iwi Maori partnership board, a locality plan, subject to conformity to the New Zealand health plan and the approval of HNZ and MHA, will be approved and will be the basis for funding decisions for that place.

In theory, it is expected the new structure will mean more local voices will have more of a say in how healthcare is delivered, and that local healthcare providers will work together to deliver total care for each patient.

However, there is a lot of paperwork to be done before localities get to that point, and a lot of people who remain to be convinced the new system will be as transparent as the DHB system in terms of how well informed people can be about healthcare needs in their community.