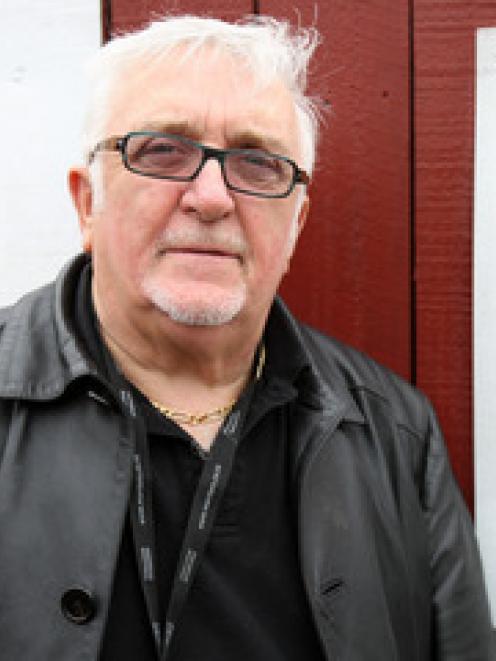 Peter Charles Leitch
Peter "the Mad Butcher" Leitch describes his knighthood as striking a blow for the working class.

Sir Peter, 66, said he was humbled at being made a Knight Companion of the New Zealand Order of Merit for his services to business and philanthropy.

"I accept this award for all the little people who have backed me over the years, be it coming into the shop to buy a bit of meat or helping me at charity functions," he said.

Wellington-born Sir Peter said he had to think about whether to accept the honour when he was approached about it.

"When you're a working-class boy from Newtown, a knighthood is pretty special," he said.

Sir Peter -- a larger than life character noted for punctuating his speech with "mate" and "to be fair", and letting drop the f-word now and then -- said he expected working class people to identify with the accolade.

"I suppose they would feel pretty proud because I represent them," he said.

"I'm not a guy that sits in a 20-storey building and looks down on them. I genuinely think this is a blow for the ordinary man."

Sir Peter was born in 1944 as the youngest of seven children.

He left school at 15 having battled dyslexia and, as well as learning a trade by working in a butcher's shop, his early jobs included being a telegram delivery boy and a gravedigger.

He moved to Auckland and it was as founder of the Mad Butcher chain, the first shop of which was opened in Mangere more that 40 years ago, that he made his name.

His citation in the honours list noted that, through his business acumen and force of personality, "which he used in his infamous television advertisements", the small concern grew into a nationwide chain of 40 stores.

Sir Peter has also been a vocal supporter of rugby league, helping to lift the profile of the sport.

He is the New Zealand Warriors' honorary ambassador and he counts being part of the management team when the Kiwis won the Tri-Nations in 2005 as among his proudest moments.

Despite being stumped by the word philanthropy -- "I don't even know what it means" -- he has been an active fundraiser for charities including Diabetes Auckland, the Prostate Cancer Foundation, Muscular Degeneration New Zealand and Allergy New Zealand.

He is also chairman of the Suburban Newspapers Community Trust, which has raised more than $1 million for a number of organisations.

"Plenty of people have given a lot more money away than I have, but the greatest gift you can give anyone is your is your time. I get a personal buzz out of helping people."

In February, he revealed that he was getting treatment for bladder cancer, hoping that the news would encourage others have medical checks.

His knighthood follows the award of a Queen's Service Medal in 1991 for his work in the community.

As to whether he would now prefer to be addressed as Sir Peter or would remain the Mad Butcher, he said he was happy with whatever people wanted to call him.