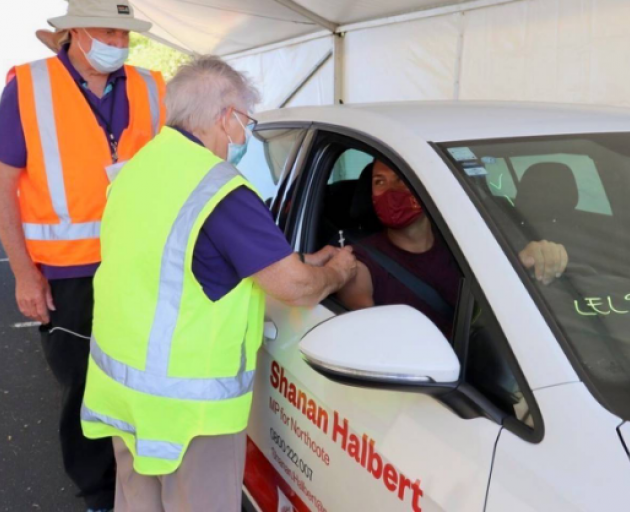 And he's fielding messages from his constituents, unsettled by aggressive confrontations with protesters, which caused at least one parent to delay their child's vaccination and left some children in tears.

It comes after a mother told the NZ Herald her two young children remained calm but were concerned when protesters approached them as they sought vaccination.

Yesterday morning, the Herald reported how about half a dozen protesters were at the site, before the number grew later in the afternoon. 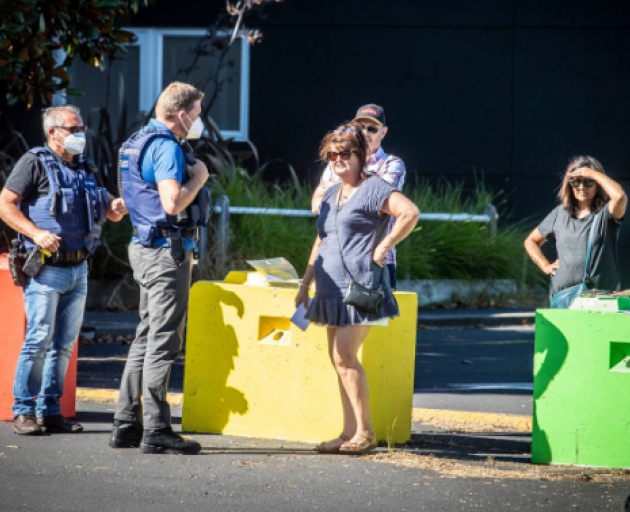 Seeing his sign-written car, Halbert was approached by multiple protesters - one who filmed him while demanding he explained why children should be vaccinated.

Halbert said attempts to respectfully engage with protesters were not successful, which left him in an awkward position.

"I didn't want to wind up the window because it was a hot day and I just think it antagonises the situation."

He said a recorded message against childhood vaccination was playing from a speaker, while people held aloft signs displaying messages with similar themes.

Once he made it into the centre - away from protesters - Halbert said the process was smooth. He commended the centre staff on their composure in the face of protest action.

"[Staff] were there in the hot sun for the right reasons, but it was pleasantly surprising how gracious they were, they just got on and did the job."

Since yesterday, Halbert had been contacted by several parents who told of how they and their children had felt distressed during confrontations with protesters.

According to Halbert, parents were shouted at and had signs pressed up against their car window.

"Some parents told me that their kids were upset and crying as a result, and it made the visit that much harder," he said.

"You enter into this quite antagonising environment and there's a sense of nervousness I felt even as an adult, so I can't imagine how a mum with three kids ... felt."

One parent reportedly left the centre before vaccination because of the protesters and would go to a different site another day.

It's not the first time Halbert had encountered anti-vaccine sentiments. In May last year, he spoke out against a leaflet drop in his area by group Voices for Freedom, which experts have said contained many Covid-19 falsehoods.

Halbert believed protesters had "lost sight" of their original aim and encouraged them to engage with the public respectfully.

To parents, Halbert had a simple message - don't engage with protesters.

"You're confident in your decision because what we're all trying to achieve is protecting the health and wellbeing of our tamariki and our community."

Also yesterday, a mother had taken her 5-year-old to get vaccinated at the same centre, where protesters were reportedly inappropriate and rude.

"I don't understand why they are so aggressive if they are choosing not to vaccinate," she said.

"It's not the forum. People who are there have already decided to get vaccinated ... and I don't think it should be in front of children because you could scare them." 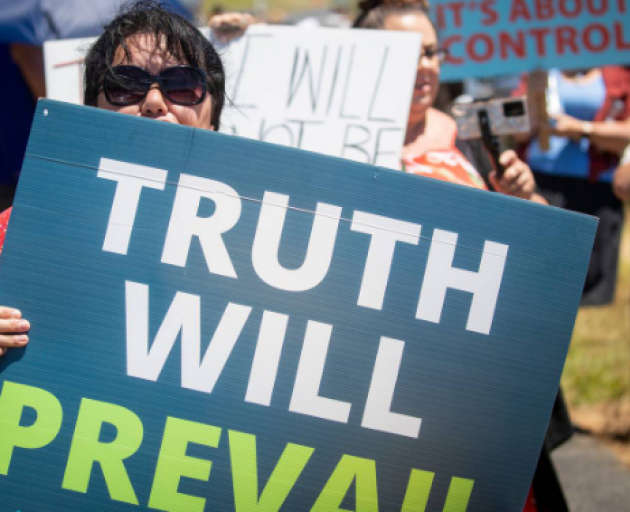 Some of the protesters outside the vaccine clinic. Photo: NZ Herald
Another mother took to social media to share her experience at a vaccination centre yesterday, sharing a similar experience of protesters directly approaching her car and saying their actions "completely freaked out my poor children".

"I had a sobbing 6-year-old in the back who was really scared," she added in a video addressing the day's events.

The Herald understands a large group of protesters were outside the Westgate vaccination centre in West Auckland today.

Police appear to be monitoring vaccination centres for protest action quite regularly.

A police spokesperson yesterday was not aware of any plans to have a permanent police presence at vaccination centres events, and had not been made aware of any offences reported to police linked to protesters.