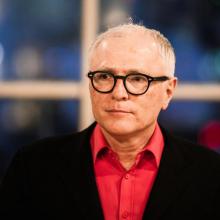 Michael Baker
It is unlikely the South Island will leave lockdown tomorrow night, despite remaining Covid-free, an expert says.

Cabinet will meet today to consider alert level settings, as cases in Auckland and Wellington continue to climb.

Twenty-one new cases were announced yesterday, taking the nation’s total to 72. All but six are in Auckland.

The nationwide Level 4 lockdown was due to end tomorrow night, but University of Otago epidemiologist Prof Michael Baker believed a sudden drop in levels was unlikely.

Part of the issue was that decisions would be made primarily based on data from yesterday, day five of the nationwide lockdown. That was still very early on in the response, he said.

The Government would have to weigh up if people could still be incubating the infection.

"I would say they’re likely to leave everywhere at Level 4," he said.

But the Government could flag a drop in levels later in the week, if no South Island cases were detected, he said.

There were still strict lockdown measures in place at Level 3, but Prof Baker believed the Delta variant was so unforgiving that Level 4 was necessary to push the reproduction number down.

At yesterday's 1pm press briefing, Covid Response Minister Chris Hipkins would not reveal when New Zealanders could expect to come out of Level 4, although he suggested different restrictions could be applied to different regions.

Meanwhile, vaccination efforts ramped up over the weekend.

Mr Hipkins yesterday said more than 1million people had now had a jab.

People in Dunedin flocked to a drive-in vaccination centre at the Edgar Centre, and the Southern District Health Board recorded more than 10,000 vaccines administered through the South over the weekend.

About 23,000 were delivered last week at over 100 clinics across the district.

It means 50% of the population in the Southern district over the age of 16 have now received at least one dose of the vaccine and 37% are now fully vaccinated.

“We especially acknowledge that this has been achieved while these same providers are adjusting their services to meet the need of patients under Alert Level 4, and while many general practices have also been meeting the demand for Covid-19 testing — which is an absolute priority to ensure we find any cases of Covid-19 in the South.

“We also acknowledge the staff and employers working in essential services, who have responded to the opportunity to ensure these workers are protected against Covid-19 and attended clinics in recent days.”

Over the weekend, 779 Covid-19 tests were carried out by WellSouth staff and general practices around the district, and about 5722 had been done since the move to Level 4. That included about 150 swabs at a dedicated testing site at the University of Otago.

WellSouth’s 0800 VIRUS-19 call centre had been very busy with people calling to arrange swabbing, he said.

"We have added extra staff to ensure we can support people to get a test as quickly as possible.

"It is wonderful that so many people are seeking testing, helping to keep our whanau and communities safe."

Mr Brown said last Thursday that high testing numbers meant vaccination staff from the Queenstown and Wakatipu medical centres had to be redeployed.