Bikers wearing gang patches ride through Dunedin.PHOTO: ODT FILES
Gangs and politicians have a symbiotic relationship: as long as we have had gangs, politicians have been pledging to crack down on them.

Naturally, this being a symbiotic relationship, there is something in it for both sides: the gangs get the added notoriety, and the MPs get to grab some headlines and, they hope, some votes.

Funnily enough, rising concern about the activities of gangs tends to coincide with the imminence of a general election.

Hence, last month National lodged a written Parliamentary Question which asked how many patched gang members and gang prospects there were in New Zealand.

However, unsurprisingly, gang membership is something that the police keep a very close eye on; it is recorded on the "National Gang List", and their best estimate is that there are 6735 gang members in the country.

Although that is just 0.13% of the population, roughly a third of the prison population are gang affiliated ... something which presumably assists the accuracy of the national gang list no end.

Of those not detained at her Majesty's pleasure, police restrained more than $103million in cash and assets from criminal gangs in the last financial year; in an alternate universe gangs might be being hailed as a small business success story.

For the most part though, gang members are very bad people, the sort you do not want in your backyard, and MPs of all stripes say they are doing something about that - although the above statistics possibly suggest otherwise.

If MPs are not doing something about it, they darn well are about to ... as various local National MPs claimed this week.

Three days after party leader Simon Bridges thundered away about a massive leap in the number of gang members - which naturally was the Government's fault - a remarkably similar press release was issued by National Dunedin list MP Michael Woodhouse and his Waitaki colleague Jacqui Dean lamenting the surge in gang members in Otago.

Unsurprisingly, this was also all the Government's fault, as Mrs Dean explained in words which uncannily echoed her leader.

Well, partly, it is.

While there are undoubtedly gang pads in Otago and Southland's cities and towns to attract new recruits, the South also has the Otago Corrections Facility and Invercargill Prison, both of which are a home away from home for a good number of gang members.

In recent times the prisoner muster there has been augmented by shipments of offenders from the North Island, which would make a sizeable contribution to the number of gang members in the South.

They are securely behind bars there, which is presumably where Mr Woodhouse and Mrs Dean want them to be.

However, those offenders are eventually released, and it is that fact which may prove troublesome for the Government.

As the Otago Daily Times reported in March, 28 North Island prisoners had been released to an address in Otago in the previous two years, something which Clutha mayor Bryan Cadogan said ran counter to what he believed was an agreement that such prisoners would return northwards.

At around the same time the Clutha region launched an anti-methamphetamine campaign, and there seems to be a compelling argument to add one and the other together to make two.

If National can add one more to that equation - the Government - this is an issue the party may well find resonates with voters.

The key to that happening will be the comprehensive "Gang Plan" Mr Bridges has pledged to release in 2020, being a document that actually offers something new and effective. 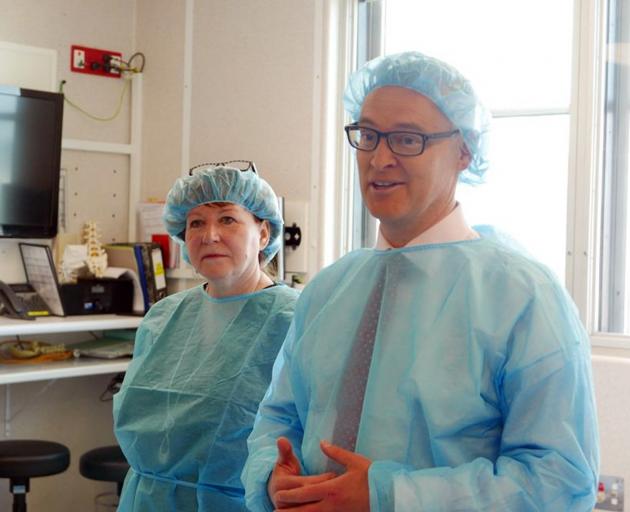 PHOTO: SDHB
For now though, Mr Bridges has pledged to "crack down hard on gangs", and look where that has got us so far.

Both men, believe it or not, were talking about the same thing: the latest district health board financial figures, which were either nothing to apologise about or were 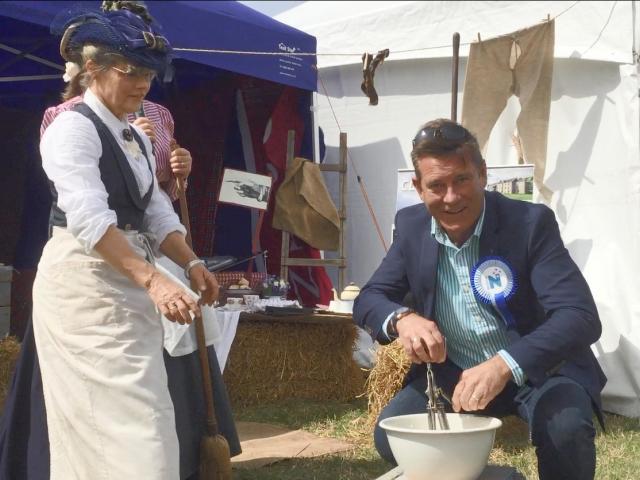 PHOTO: GREGOR RICHARDSON
placing the health system's sustainability at critical risk, depending who you were talking to at the time.

One occupational hazard of being a politician is that you get your photograph taken, often in situations where you might wish it was not.

Here are two outstanding examples from last week ... Dunedin Labour MPs Clare Curran and David Clark trying their best to look serious and sensible despite their hospital scrubs, and Michael Woodhouse, possibly wishing he was wearing a surgical apron while whipping up a storm at the Otago Field Days.